So it's time to create a journal for my "new" tank. "New" because I was given this tank from @hyacinth a couple years ago. I have slowly been acquiring equipment for this build and finally had some time to work on it during the winter break. I really wish I would have taken more pictures of the process such as the plumbing and such but I did not. I will try my best to write down some of the big things I learned during this process.

Here is a current FTS: 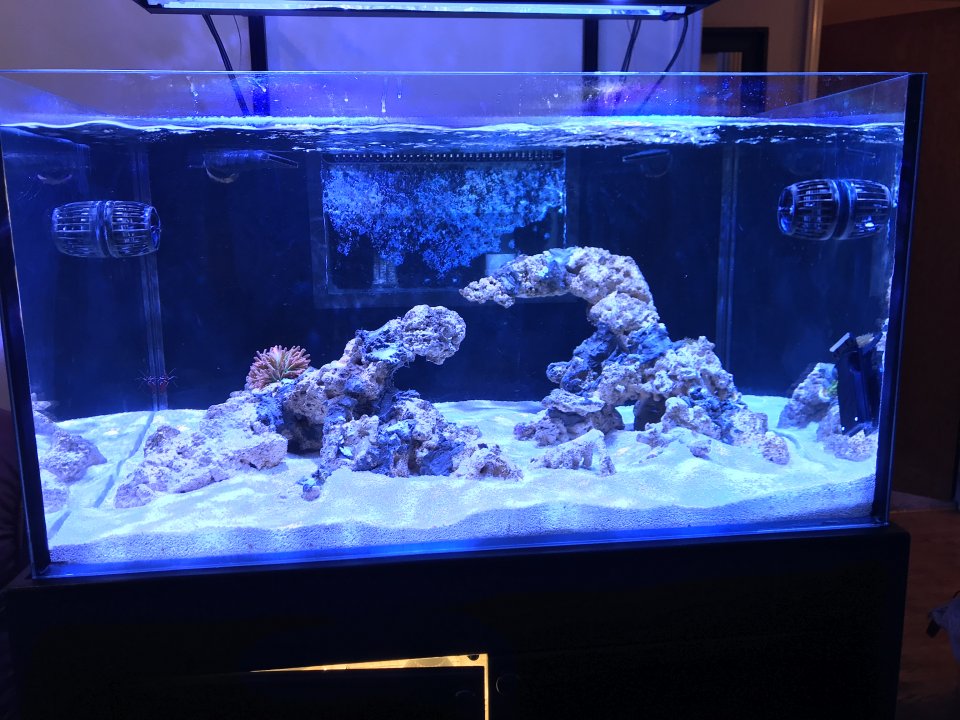 The first thing that I started on was the plumbing, coming from small AIOs previously this was the first time I hard plumbed a tank... and all I can say was that it was an experience! After reading threads and watching some of the BRS videos, I drew a rough design and bought the supplies. The overflow was already configured for a Herbie style overflow so that is what I went with. One thread on here had a comment from CoralReefer about marking with sharpie all of the pipes when test fitting the pipes. This was a super useful tip that made the process pretty smooth. However on the initial pipe tests, I got tons of leaks. After tightening the threaded fittings, the leaks stopped to just on of the unions, the one that I connected last to connect the overflow to the sump on the main return. It appeared that while the union was connected, it was off just enough that a tight seal was not being created at the union and thus causing the leak. After readjusting the main return pipe by adding a little more length of pipe, I was finally leak free!

After the pipes were set, I started on scaping. I used Emarco Mortar for the rock structures. Fortunately I took at least a few pictures/videos of this process: 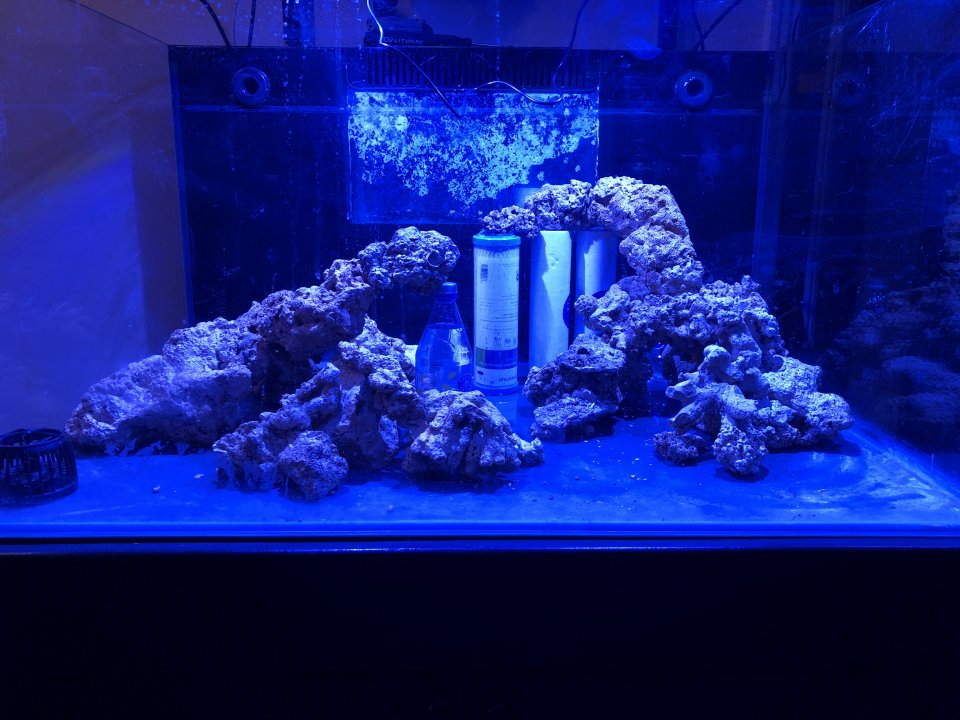 This was the first time I used Nitrifying Bacteria cultures to cycle. I used 64 oz. of Fritzzyme 9 and Fritz liquid Ammonium Chloride. I will never cycle another tank without bacteria cultures again, tank was cycled in just over a week!

Now I will write a little about the equipment:

FTS Tracking:
While posting updates, I hope to update this post with updated FTS so I can track the growth and development of this tank. The goal is to do once a month, but I guess we shall see what happens... 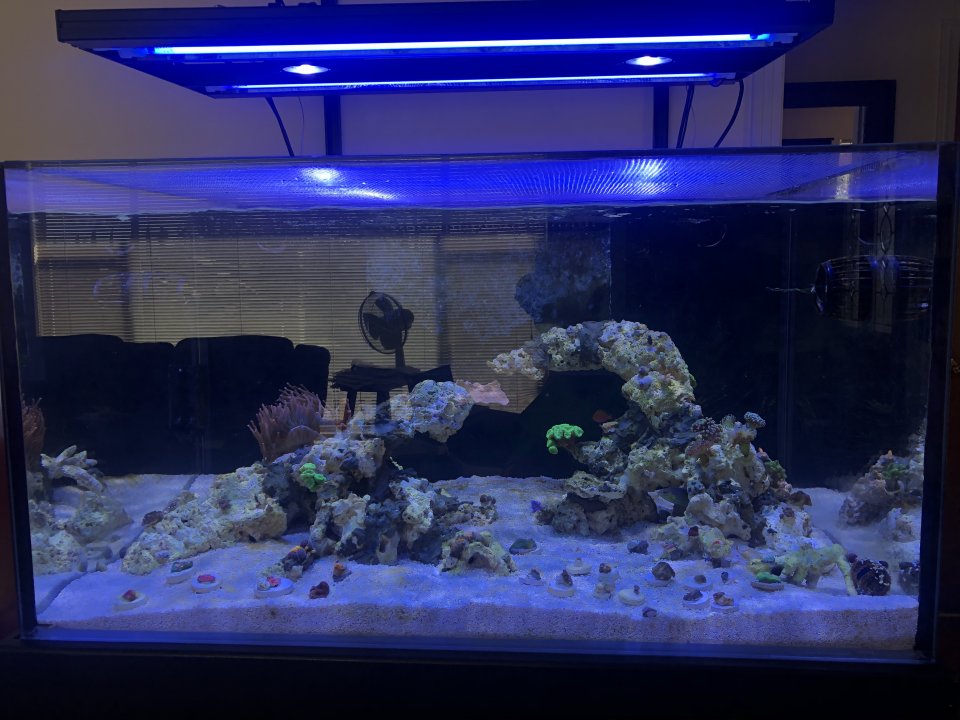 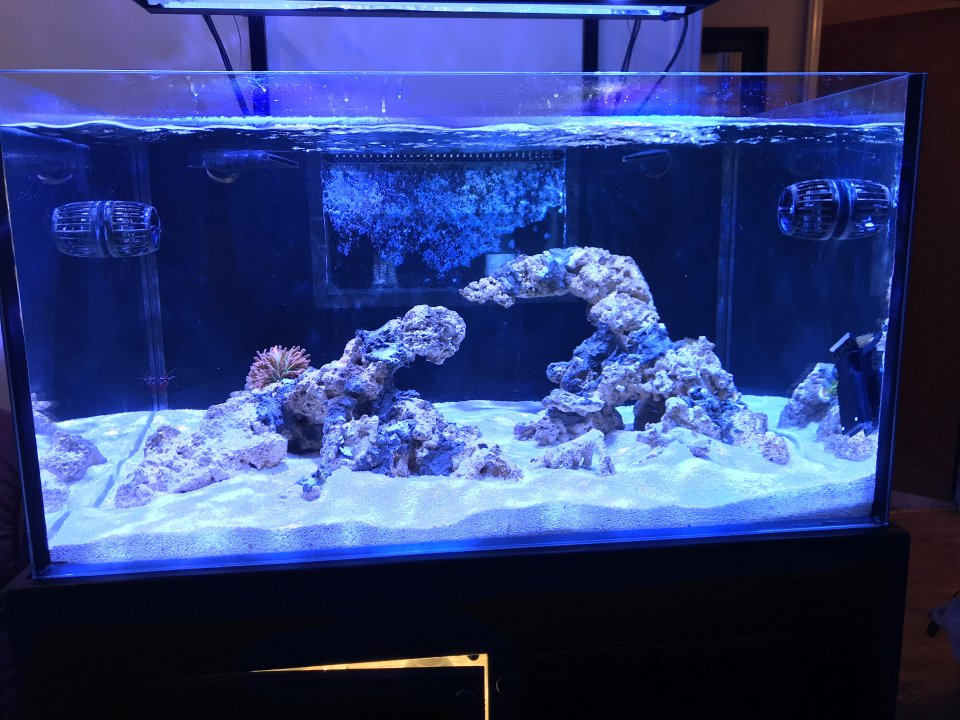 Here are some pictures of the livestock currently in the tank 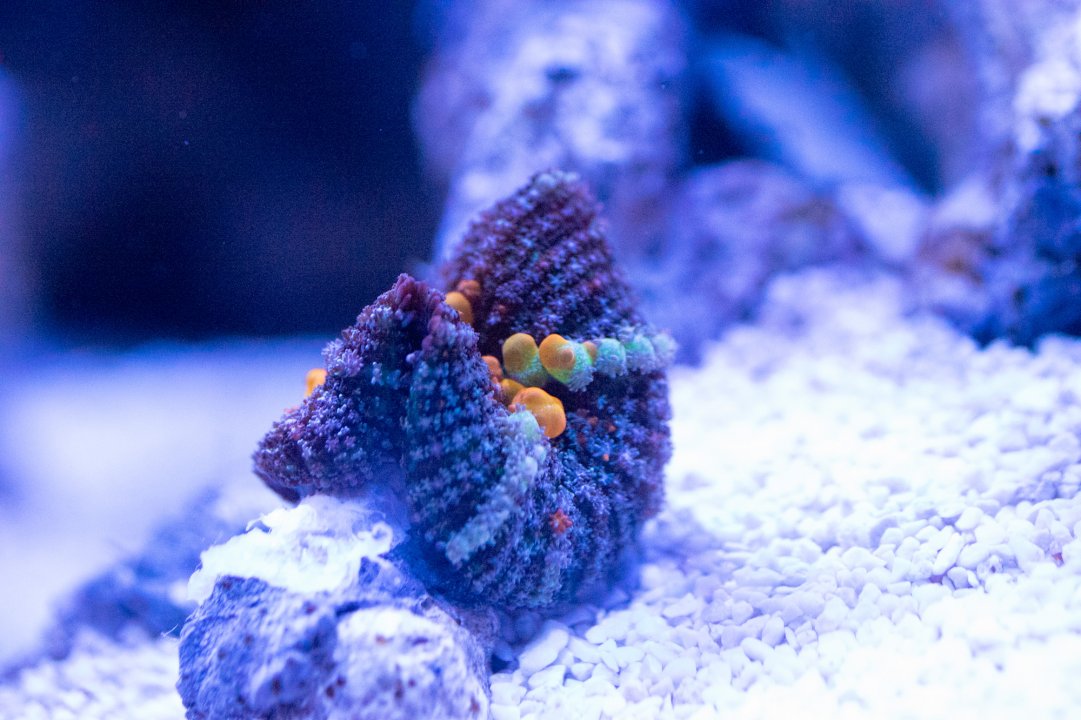 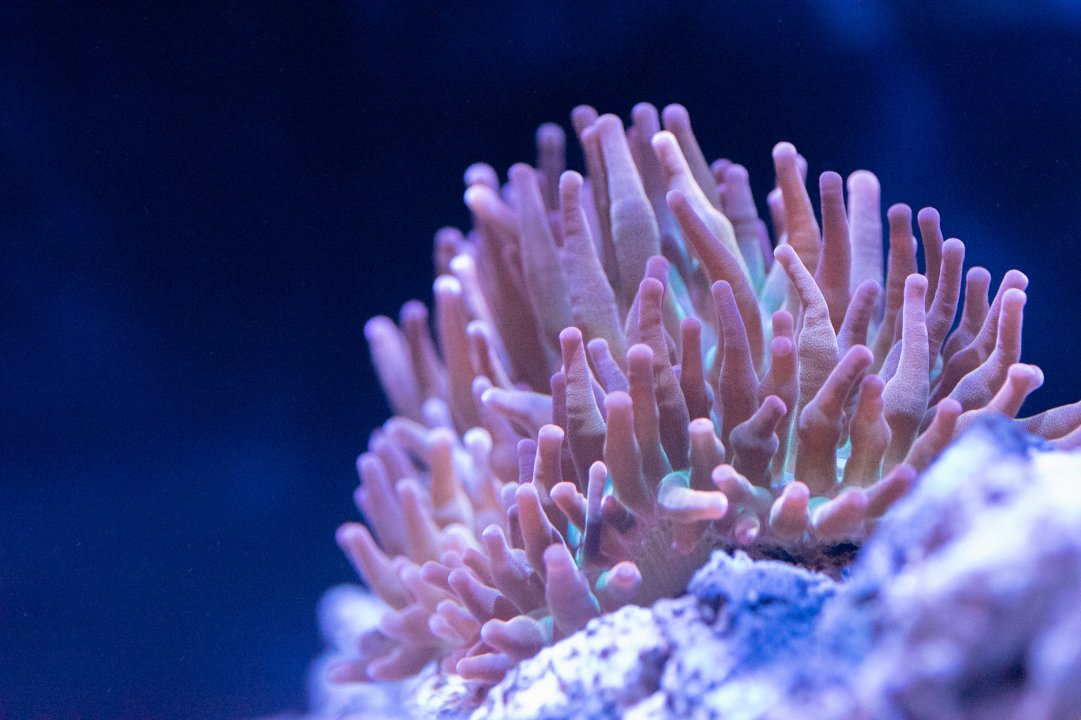 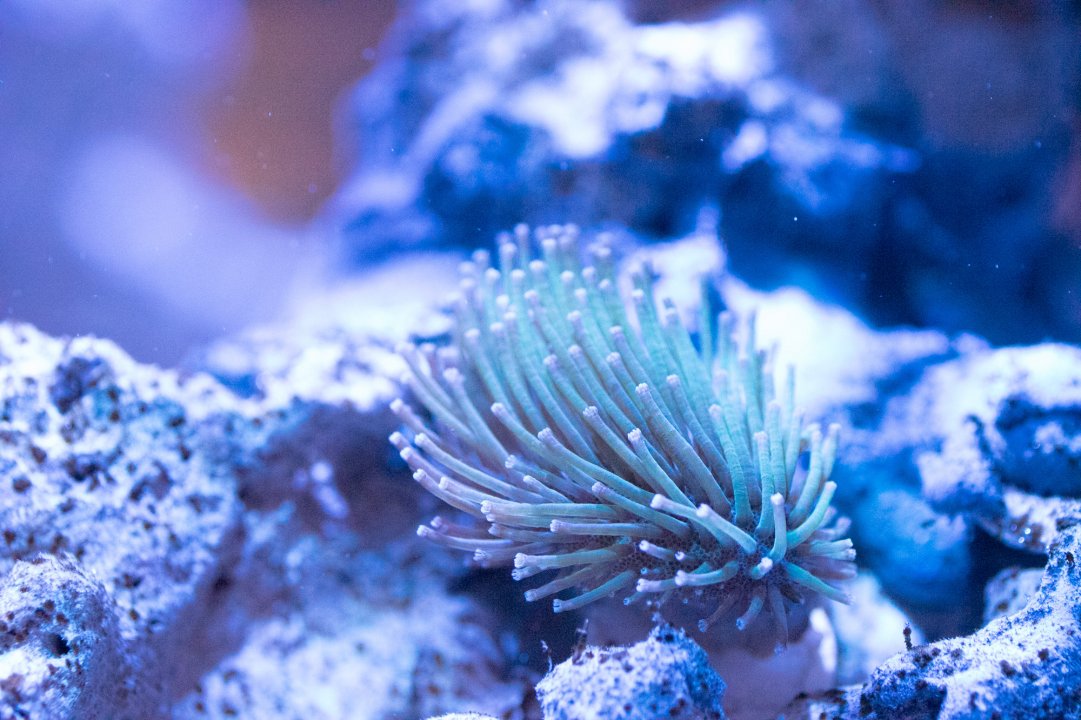 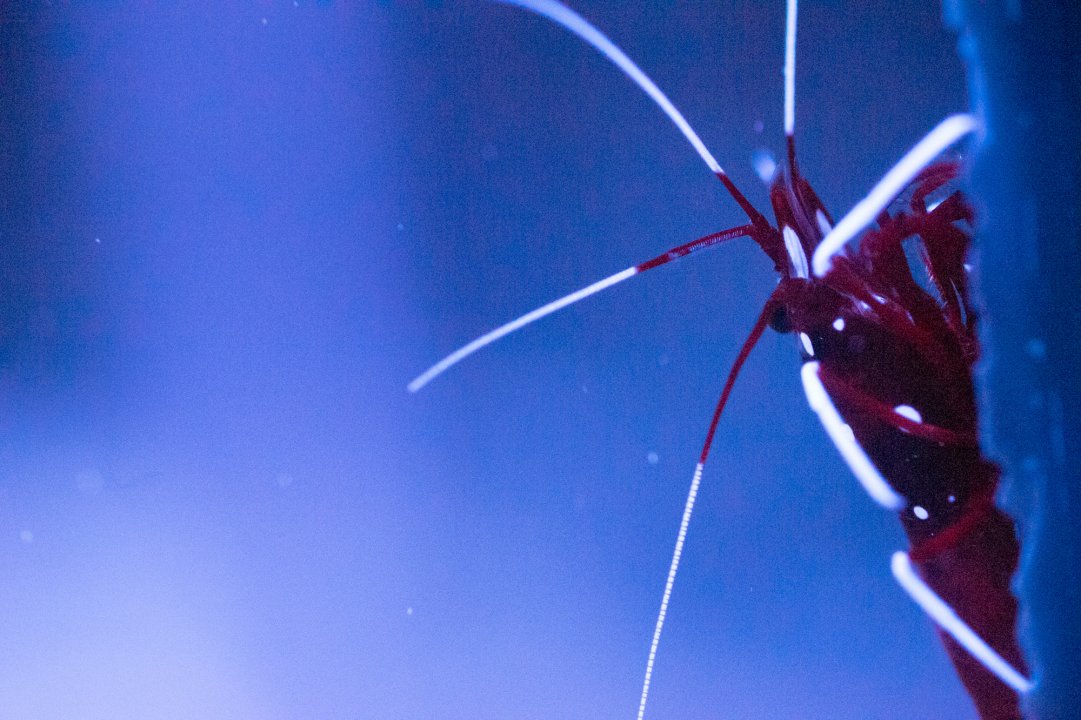 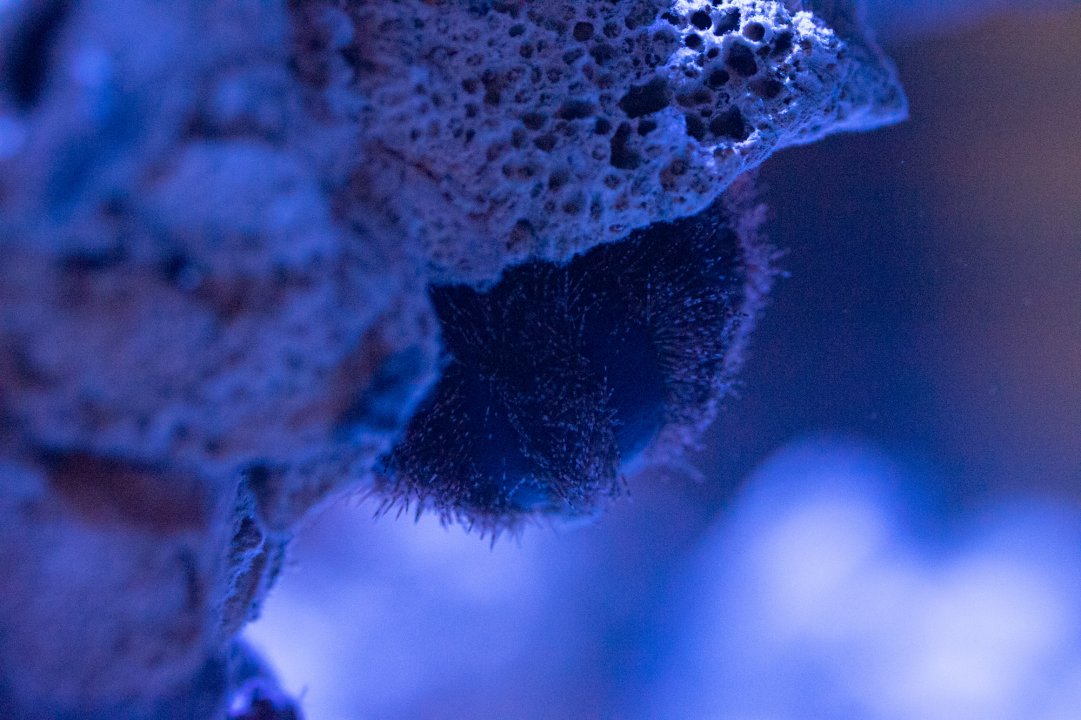 are your sunburst anthias eating?

Adit0 said:
are your sunburst anthias eating?
Click to expand...

Baykes said:
Yes so far I have been using RN Roe and Frozen Mysis
Click to expand...

thats really cool. where did you get them?

Adit0 said:
thats really cool. where did you get them?
Click to expand...

Violet sea and coral have them for $250.

Adit0 said:
thats really cool. where did you get them?
Click to expand...

I got mine from a local reefer on RC. Definitely one of my favorite species, and I was excited to find one local.

Yeah, your scape looks great. One of the few that actually made it look fairly natural. Great job! I’m excited for this one.

Rostato said:
Yeah, your scape looks great. One of the few that actually made it look fairly natural. Great job! I’m excited for this one.
Click to expand...

Hey thanks I appreciate it! Its hard to capture the depth of the scape from an FTS, but the video definitely helps. I am hoping as coral is added, the view from each side of the tank will be equally interesting.

Be careful with the Tuxedo Urchin! Mine likes to pick up any frags that arent glued and put them in other places!

Yeah I'm really hoping that my bounces are secured enough!

Im thinking about printing some hats for them, maybe a tophat or something: https://interestingengineering.com/sea-urchins-love-hats-so-couple-3d-prints-cowboy-hats-for-them

I will see if these are enough, and may add more down the road. Just have a little bit of algae atm so we will see how they do on controlling it.

Got this video of my conch making an appearance to the surface and chomping on various stuff. They are some of my favorites to watch with their trunk:

I will be adding my Sunburst Anthias named Fanta tonight after completing the TTM. Unfortunately Sushi the Melanurus wrasses didnt make it. My younger siblings have been naming the inhabitants, but I think I will need a new rule of no names until they are out of QT, it makes it too hard. I am hoping to try another melanurus again and a blue tang in my next batch.

Wow the rockscape is amazing, how did you glue the rocks together - looks like Marco rocks or similar? If I redid my aquascape again I would try something similar.

I echo @Afropenguin on making sure frags are glued down well for the tuxedo urchin, but the flip side is if a coral frag or anything else drop in your tank where you can’t reach, the urchins will retrieve them for you. I’m constantly picking pieces of fish food packaging, rubber bands, corals I broke by accident, etc off my urchins.

Chromis said:
Wow the rockscape is amazing, how did you glue the rocks together - looks like Marco rocks or similar? If I redid my aquascape again I would try something similar.

I echo @Afropenguin on making sure frags are glued down well for the tuxedo urchin, but the flip side is if a coral frag or anything else drop in your tank where you can’t reach, the urchins will retrieve them for you. I’m constantly picking pieces of fish food packaging, rubber bands, corals I broke by accident, etc off my urchins.
Click to expand...

Thanks! Yes I used e-Marco 400. It’s a mortar with a polymer additive and there is also fibers in the cement to add strength. It cured pretty fast, and I removed the supports in 24 hours, but probably could have done it sooner if I was short on time.

And yes it’s funny no more than a day after @Afropenguin posted this, Earl the urchin grabbed one of the 2 not glued frags. All corals are getting a generous amount of glue before going in now.

Just got a few new corals from Neptune today, hope to take some pictures tomorrow.

A few pictures of some new additions from Neptune

Really like the yellows on this Favia, can’t wait to see it grow out: 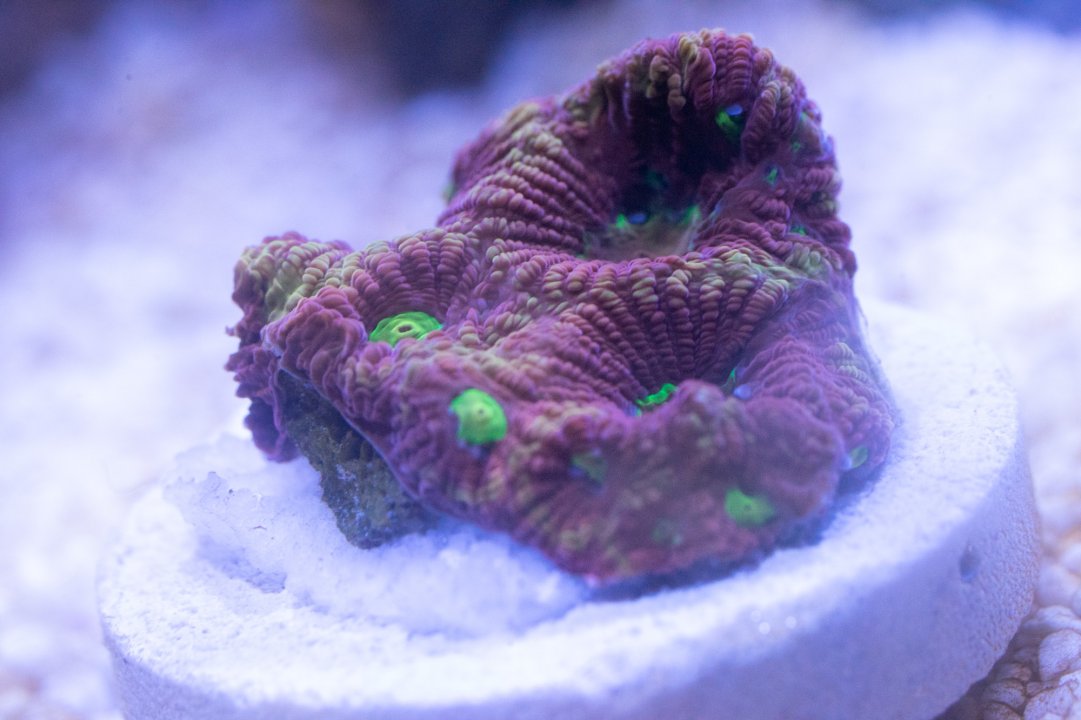 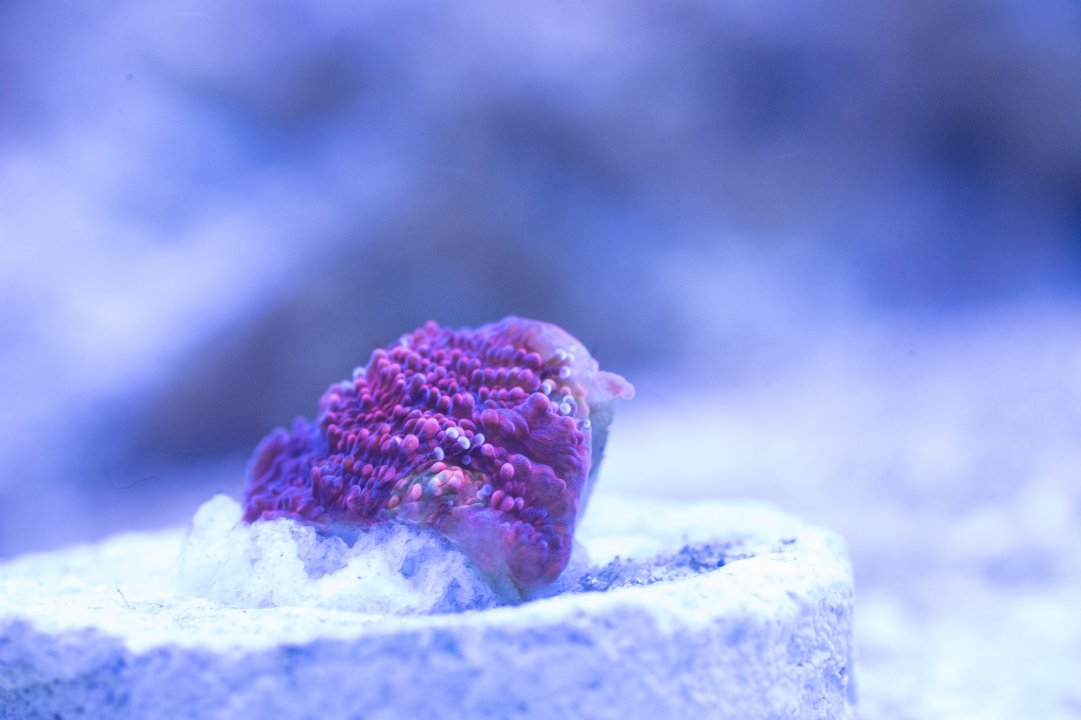 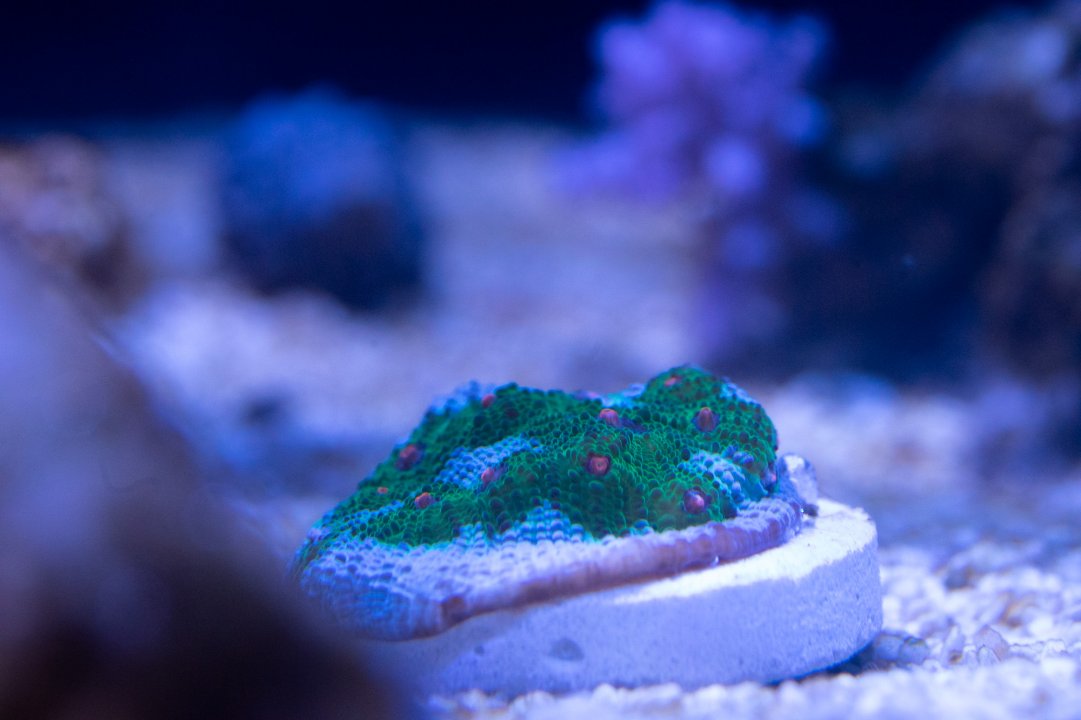 Wild no name purple/pink zoa that caught my eye: 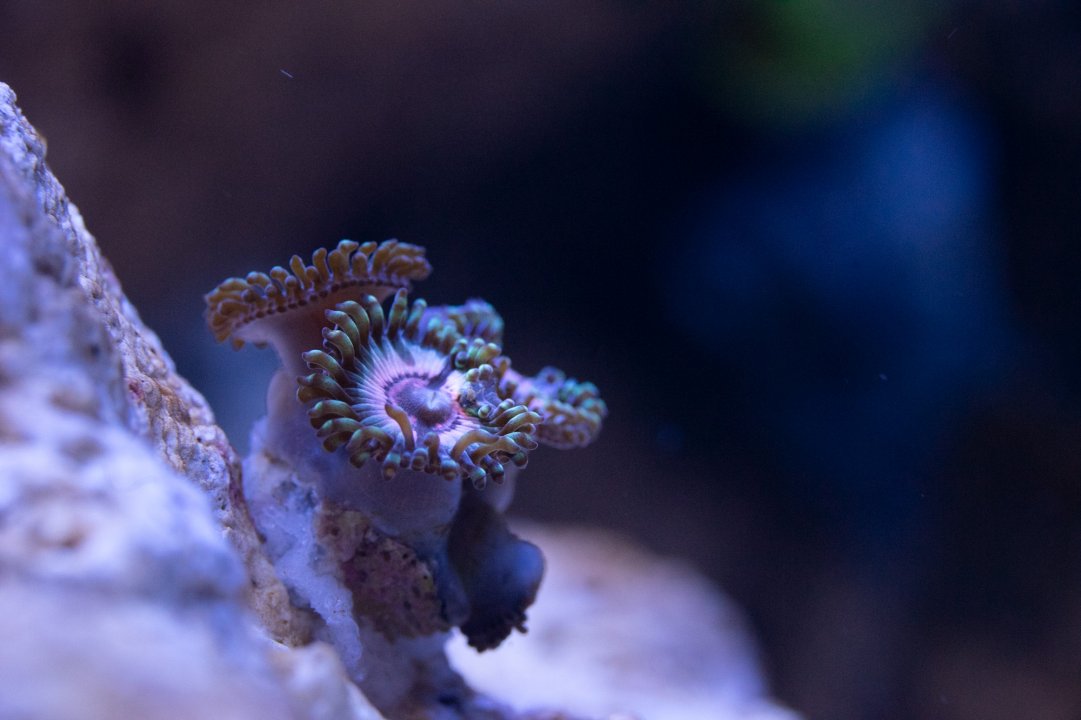 lastly a tiny red discosoma mushroom. This little guy is bright! Interested to see him grow out (if he doesn’t get picked off by Earl again!) 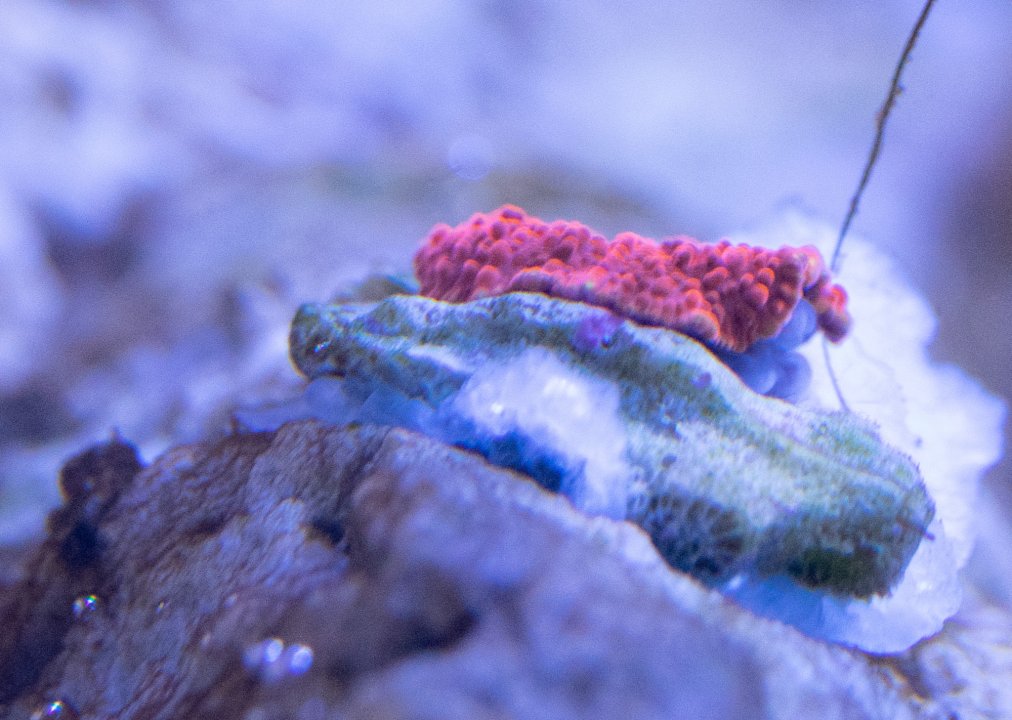 took out the tripod yesterday and took some pictures. Still need to work on my technique, glass refraction is a big deal, but a little bit better than previous picture imo: 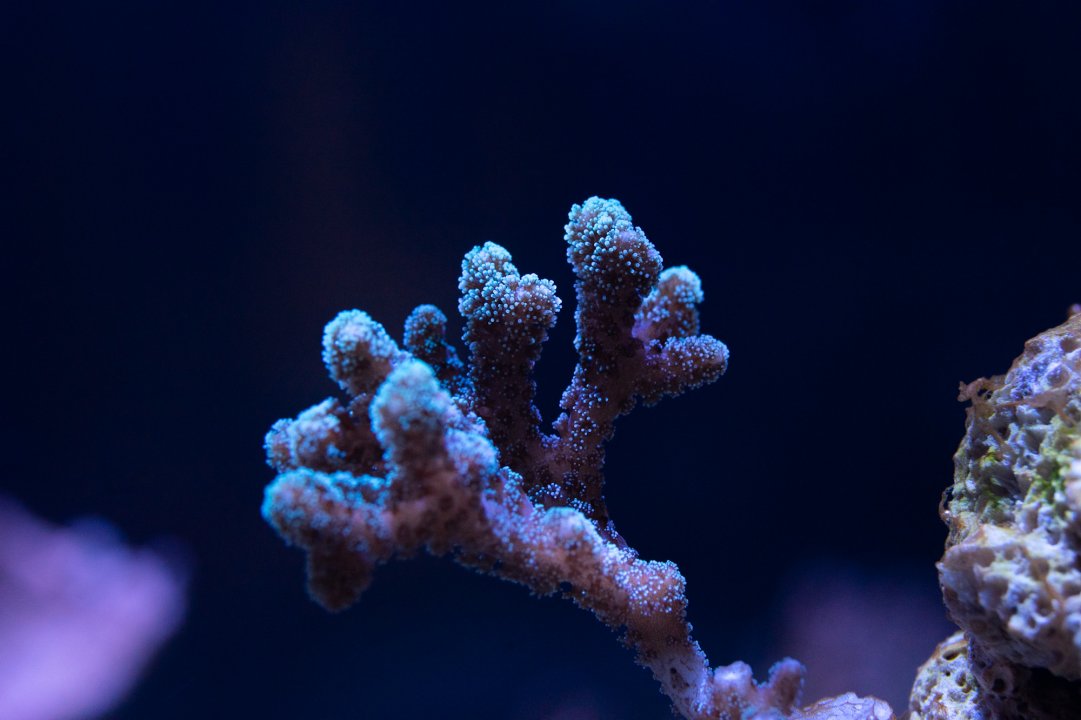 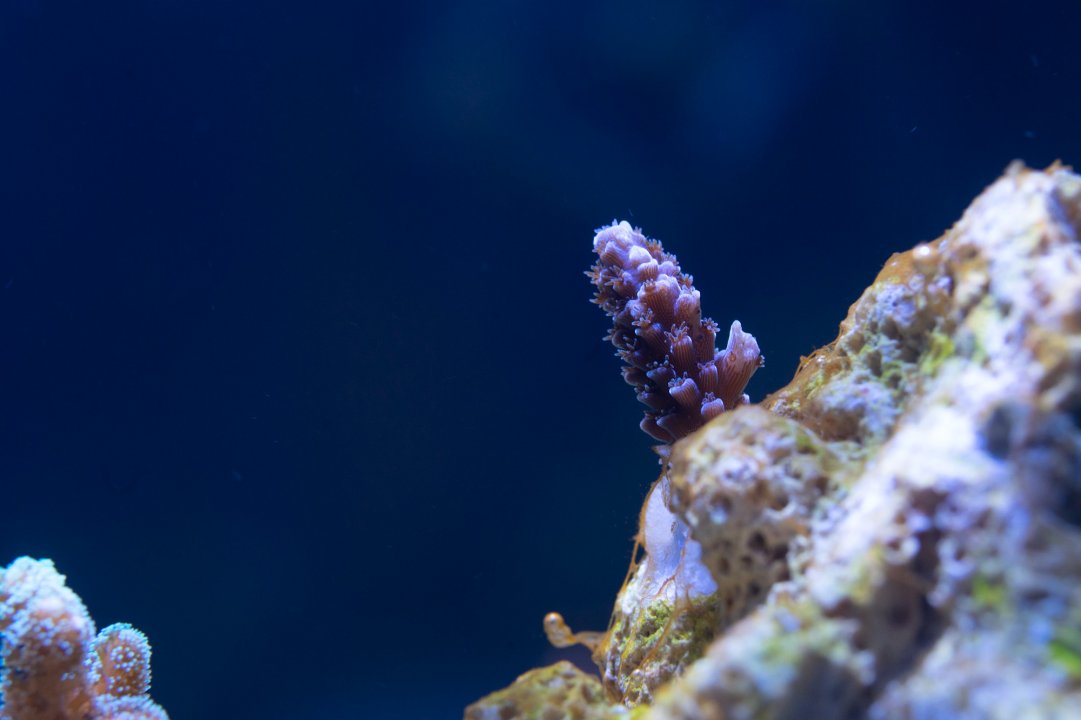 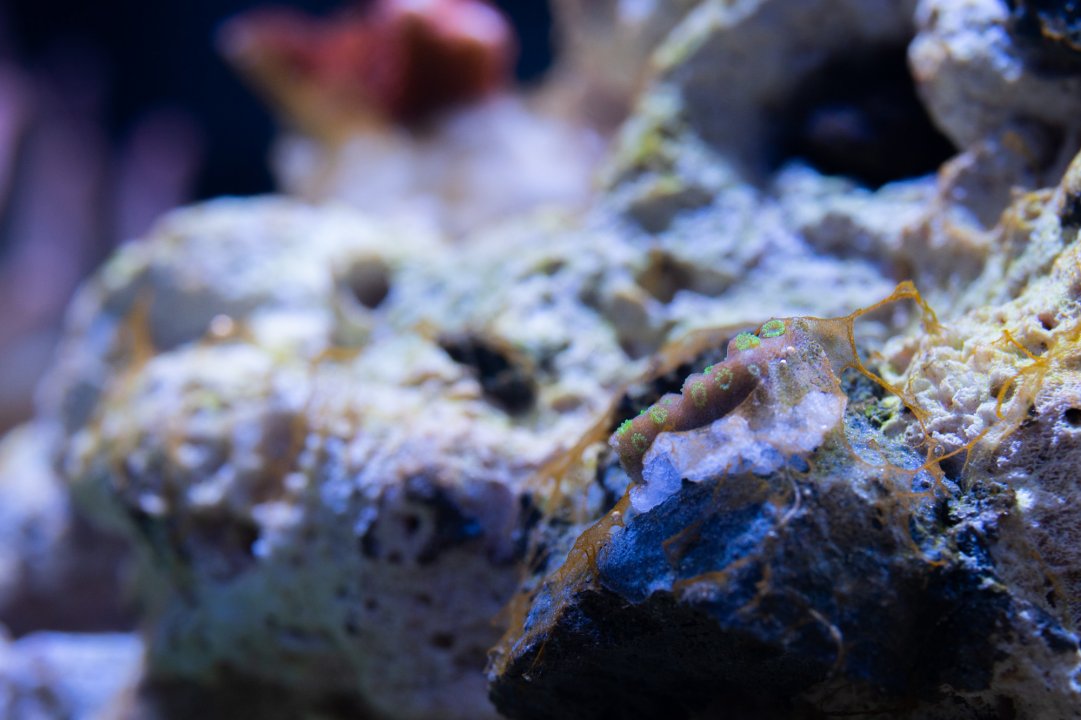 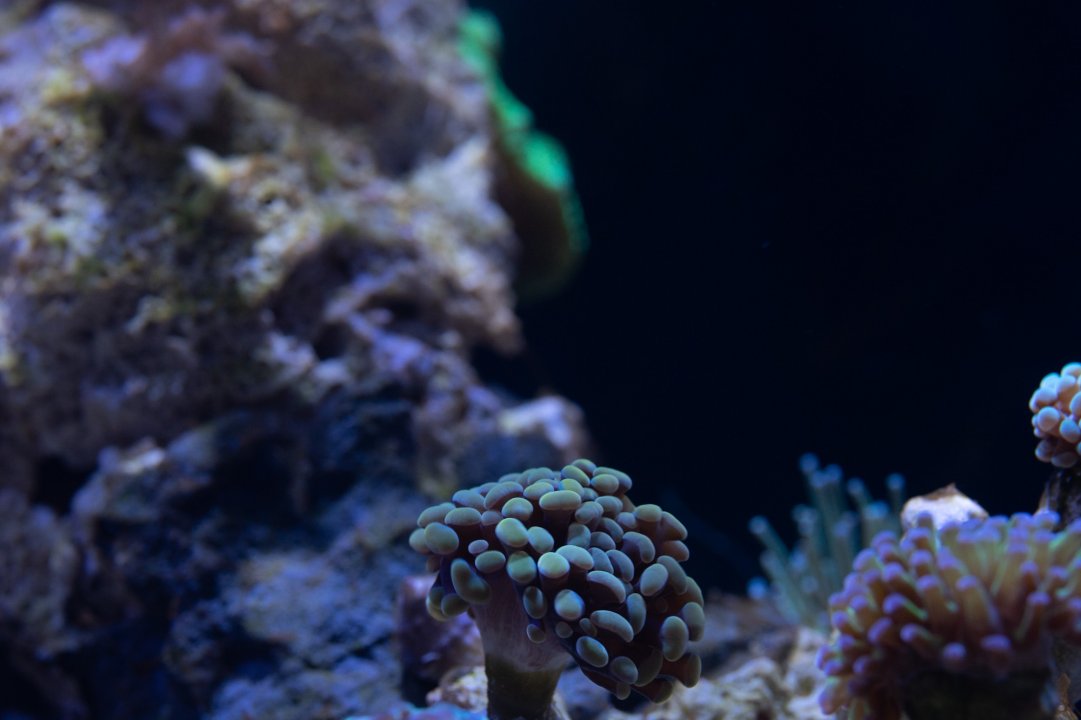 No Name Sky Blue Zoa from Clearwater (really excited about these!): 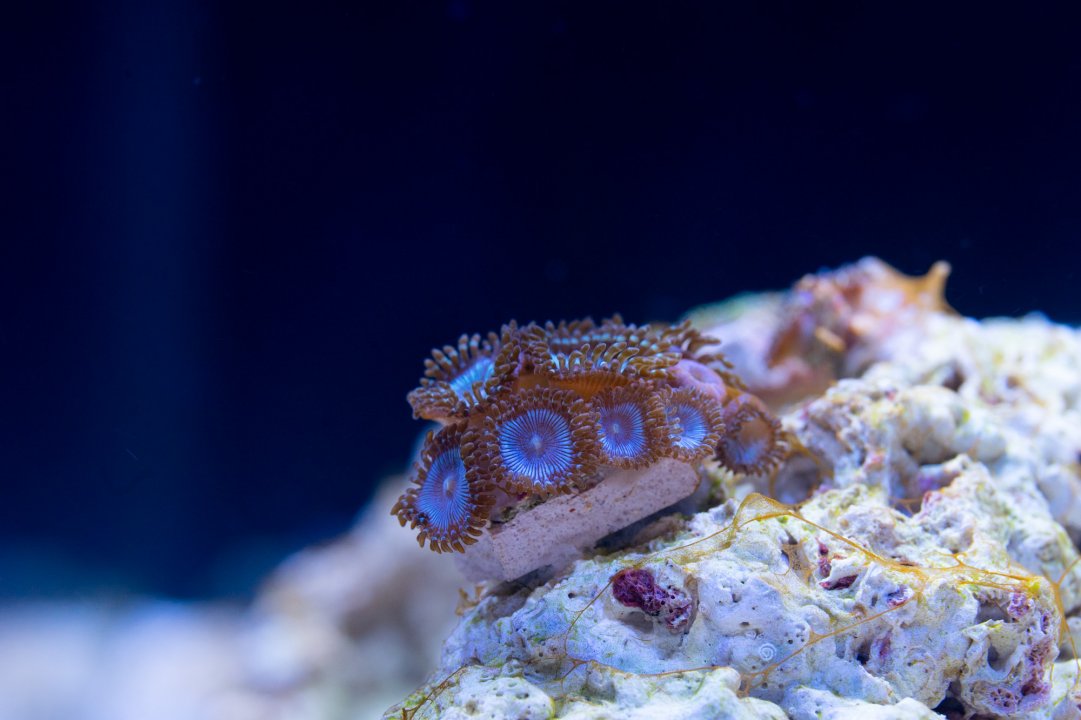 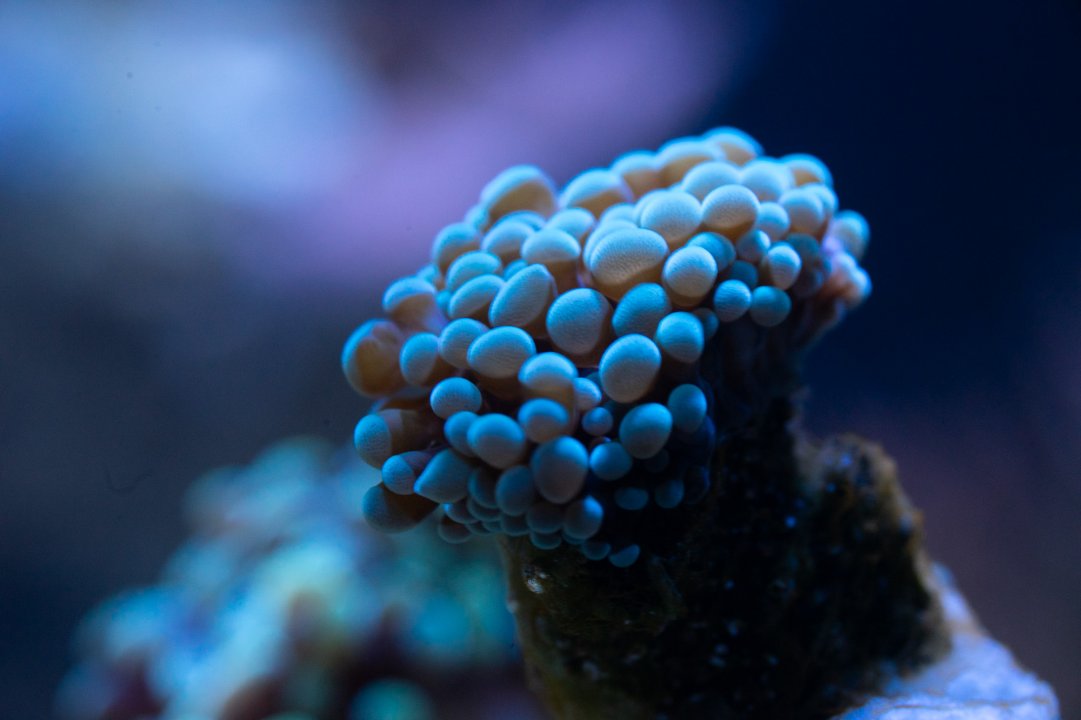 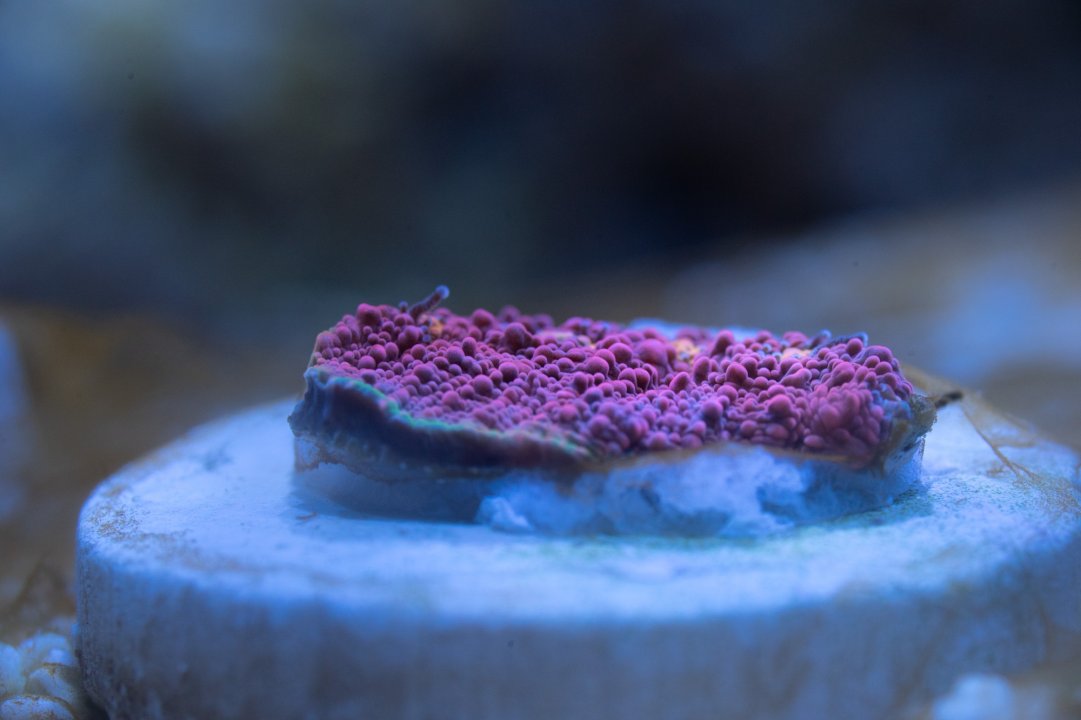 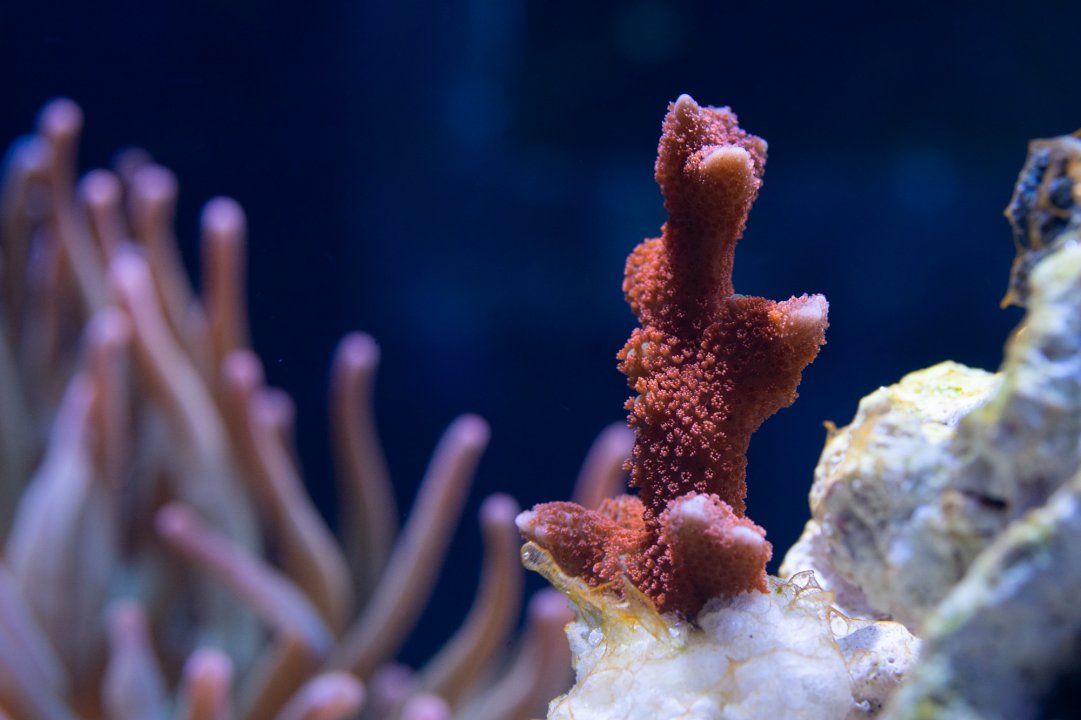 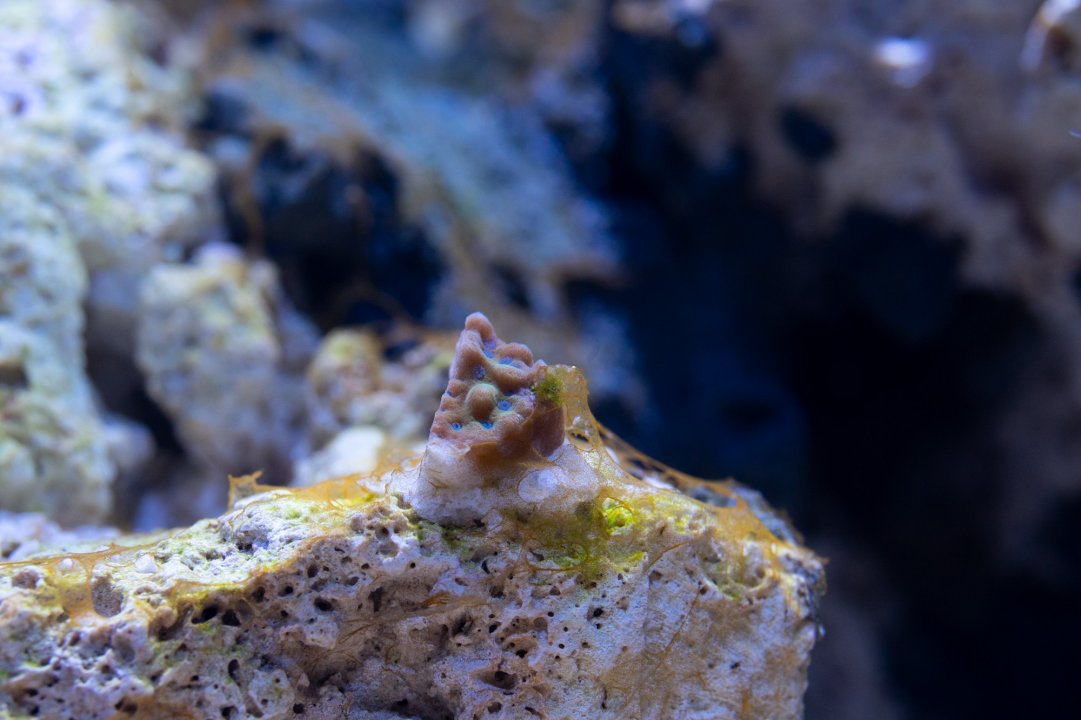 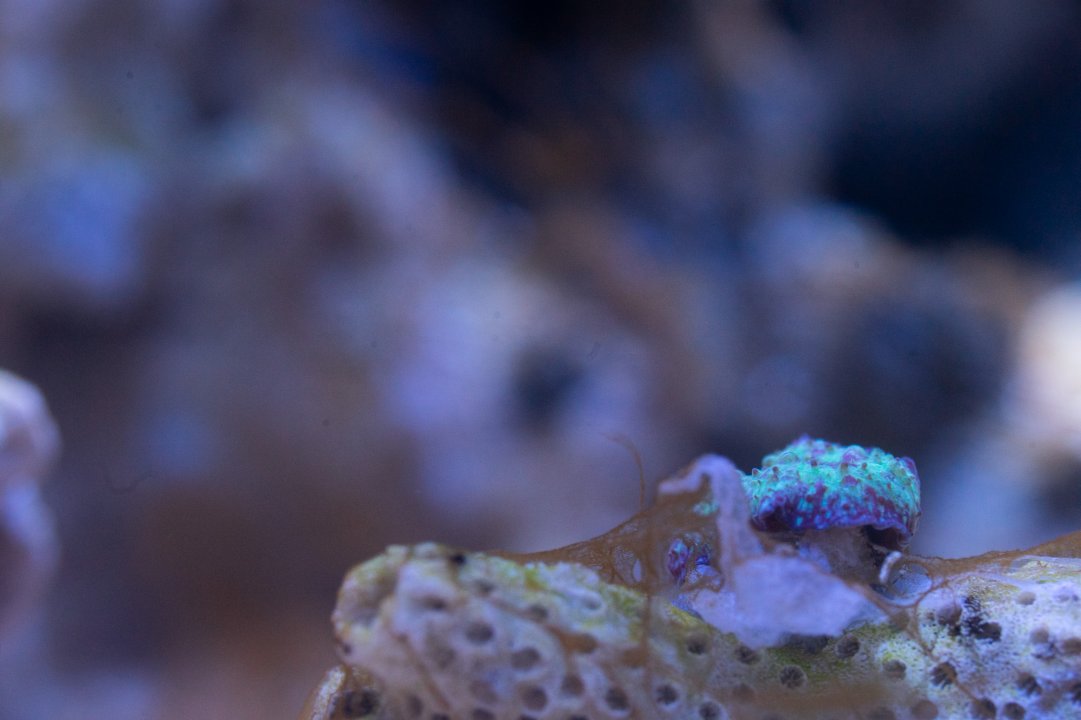