BARcard
Finally catching a breath to start this journal. The past two months have been crazy hectic as I tried to move houses, do renovations (self done), juggle work, all while setting up a new tank and taking down the old one. Truth be told, I wasn't planning on upgrading my 4ft peninsula until later this year. I was eyeing the Red Sea S-850 because the S series had most everything I could ask for. Aluminum framed stand, euro braced, armored seams, and the best part is a frag tank connected to the sump. Well, opportunity arose and after convincing myself of the pros and cons, I picked up a used Red Sea S-1000 from a fellow BAR member.

First order of business was to float the idea by the wife on why spending $$ on a much bigger tank after just having bought a new place and juggling all the above was a good idea . Going from a 4ft tank to 7ft is a sizeable upgrade so I SketchUp'd it with the floorplan to get a feel of the scale and if it'll work with the space. Eventually I'm going to build matching cabinets on the side of the tank for a built-in look. 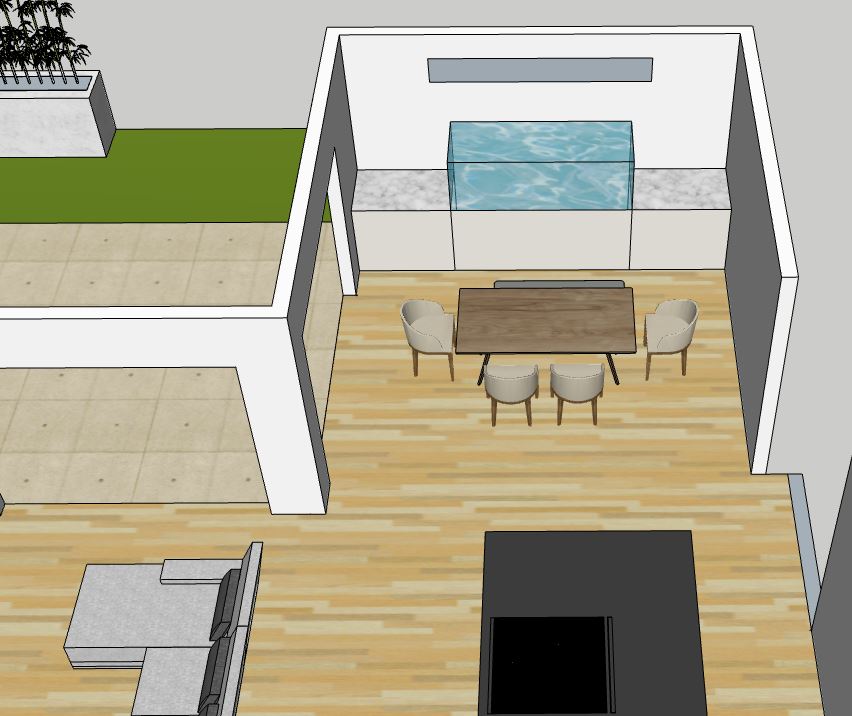 Drove from Dublin to Elk Grove to pick up the tank. This thing was heavy! The tank alone was almost 600lbs.
FYI because of the wheel hubs, the Chevy U-Haul cargo was was just barely wide enough to fit the tank and stand side by side. The Ford was 2 inches too narrow. 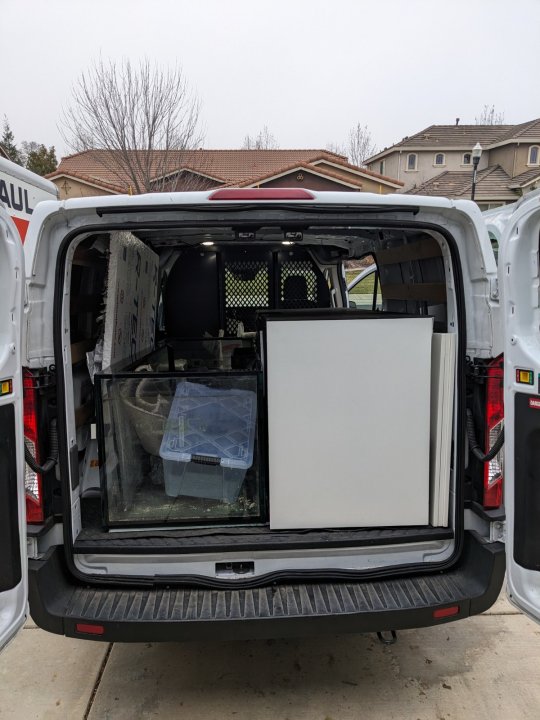 Can't tell you enough how much I appreciate fellow BAR members for coming to help me unload the tank into my garage. Big thanks to @guihan @euod @dswong01 @Arvin R . Their experience handling large aquariums made the process a breeze. 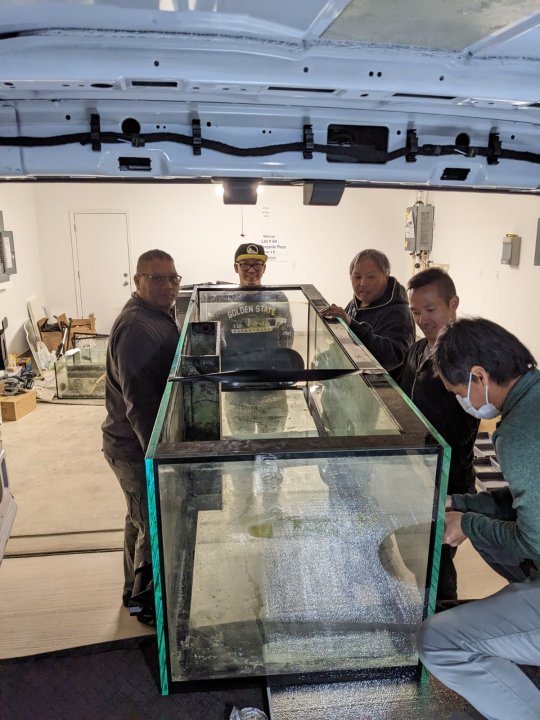 In the garage it sat for about a month while home renovations were being done until last week when we were able to get it in the house, on the stand, and leveled. 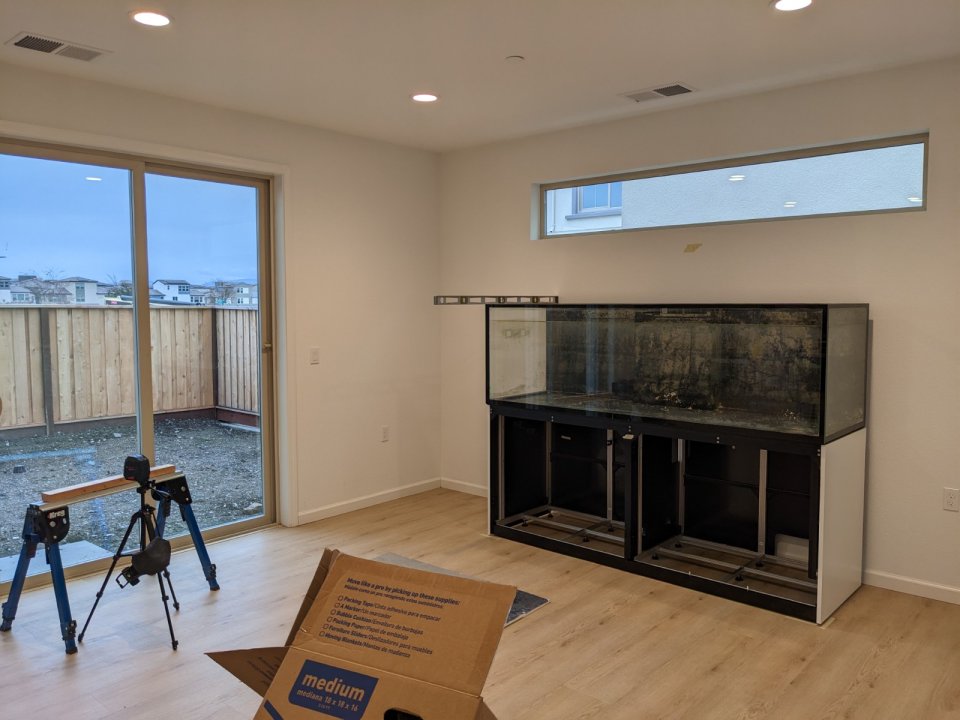 And here we are today. Tank is running the bare minimum of a return pump and heater for the livestock transfer. Additional equipment will be set up in the following weeks. 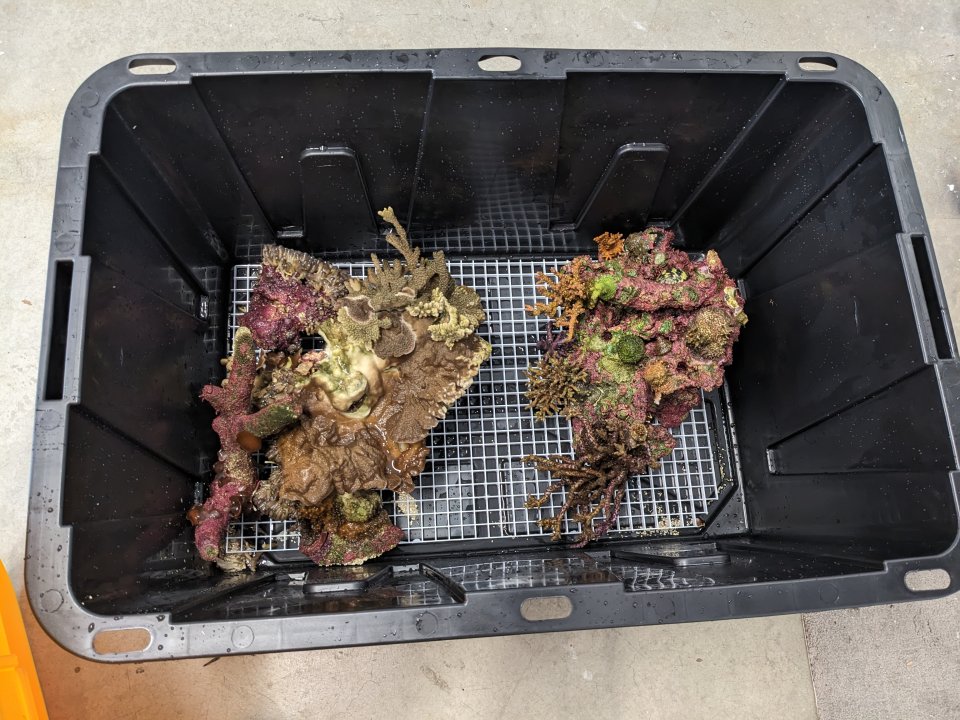 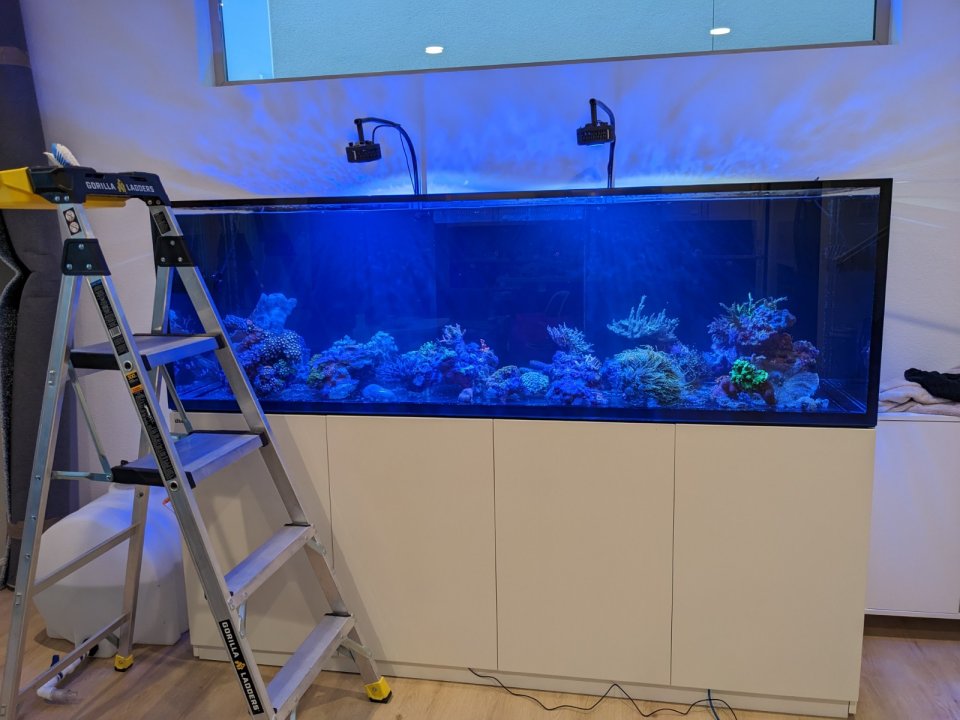 BARcard
Commenting to follow. I really wish my reefer 250 had an aluminum stand. The leveling feet are another really nice feature.

BARcard
Is that an 8’ tank?

Kensington Reefer said:
Is that an 8’ tank?
Click to expand...

BARcard
Since my son can no longer sit on the couch to have a good view of the tank, he has resorted to asking me to open the frag tank door to look there. 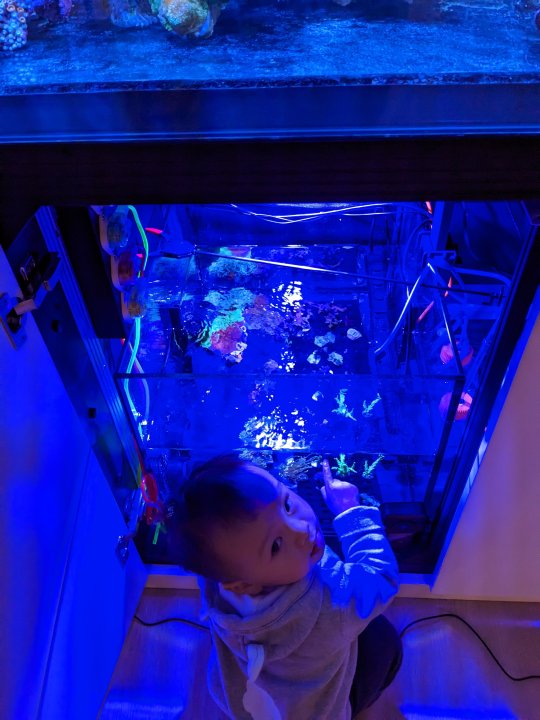 His view before with the old peninsula tank 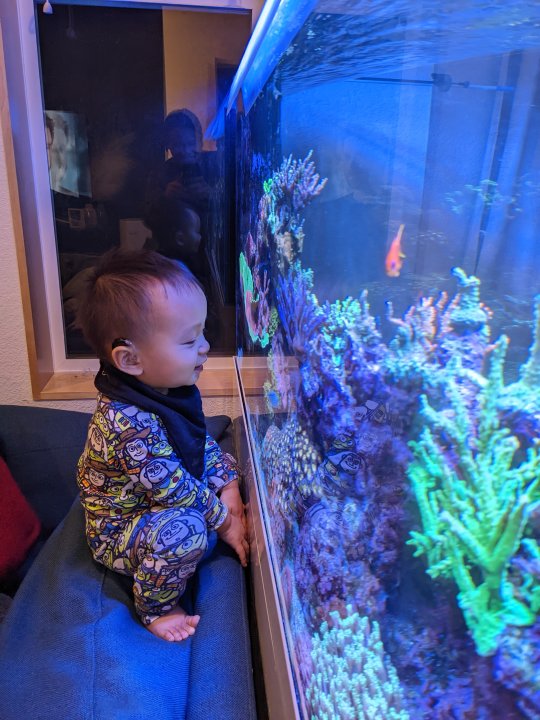 But also what he was able to do before 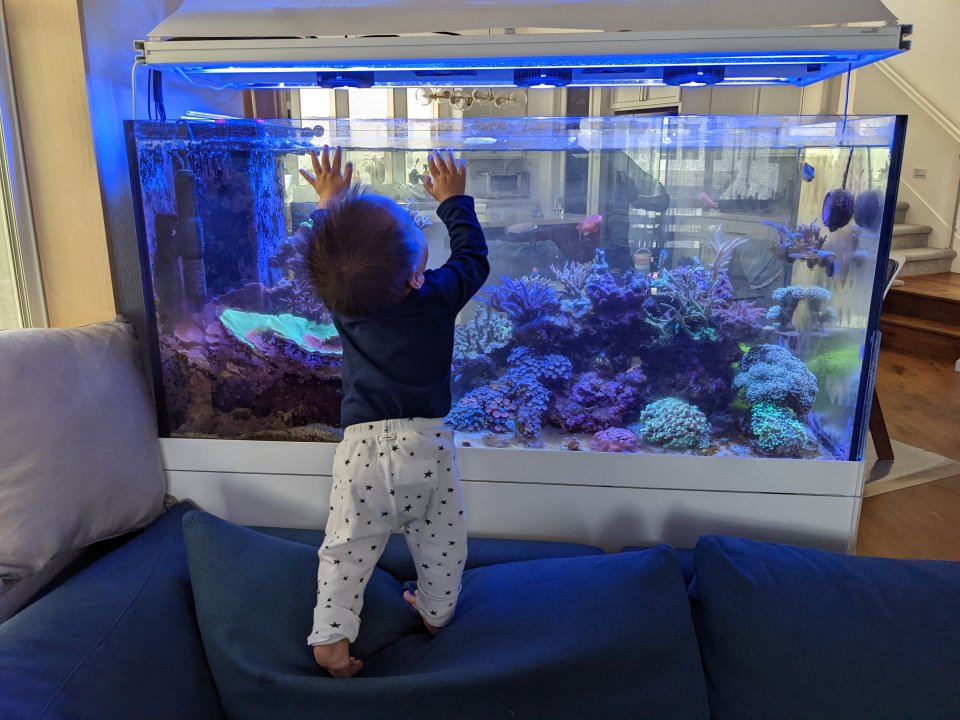 BARcard
We ALL start out so cute!!

BARcard
My friend cut a square into the door of his stand so his daughter could look into the frag tank he had down there. 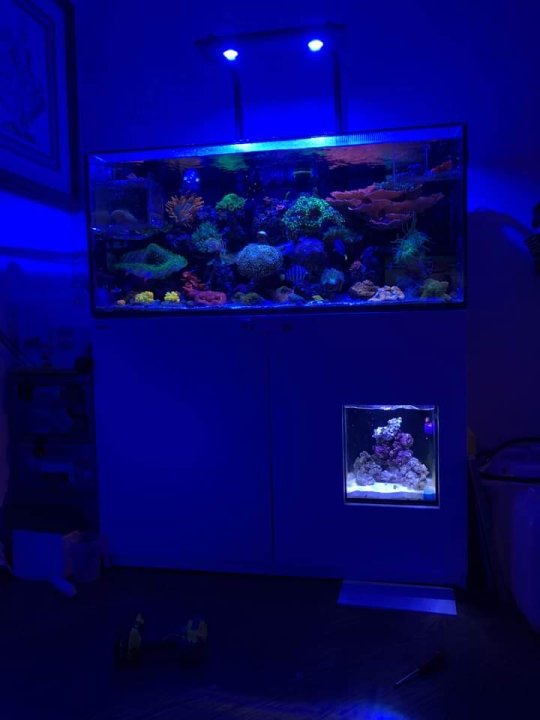 BARcard
Lol that is awesome! Might have to consider that if he doesn't grow out of it. The dining table will eventually be next to the tank so I'm hoping he'll just sit on a chair there and look.

Mr2KiEu said:
My friend cut a square into the door of his stand so his daughter could look into the frag tank he had down there.
View attachment 44973
Click to expand...