Meshmez said:
Looks good! I'm thinking of making something similar with magnets so I can remove the panels easily. I think I'm going to need to make it pretty low to block the light, so might interfere with maintenance.
Click to expand...

I have 4 thumb screws to undo which isn’t too bad, and I figured out a way to do it solo without having it fall into the tank. I don’t foresee a need to take it off, but I’m interested to see how you do it with magnets.

Full spectrum, or at least a G4 pro with everything at 100% 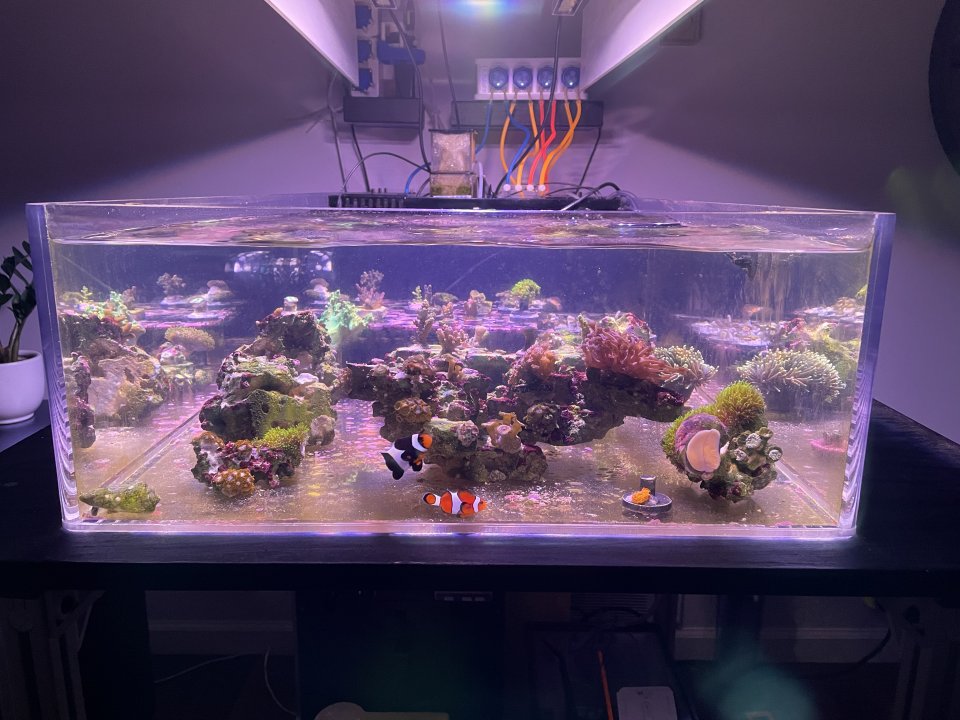 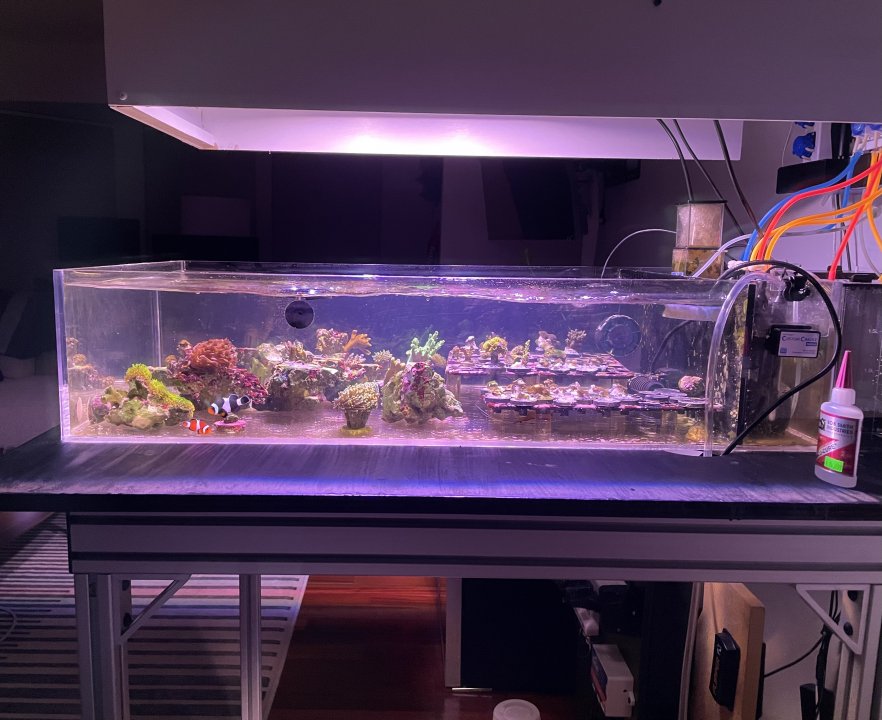 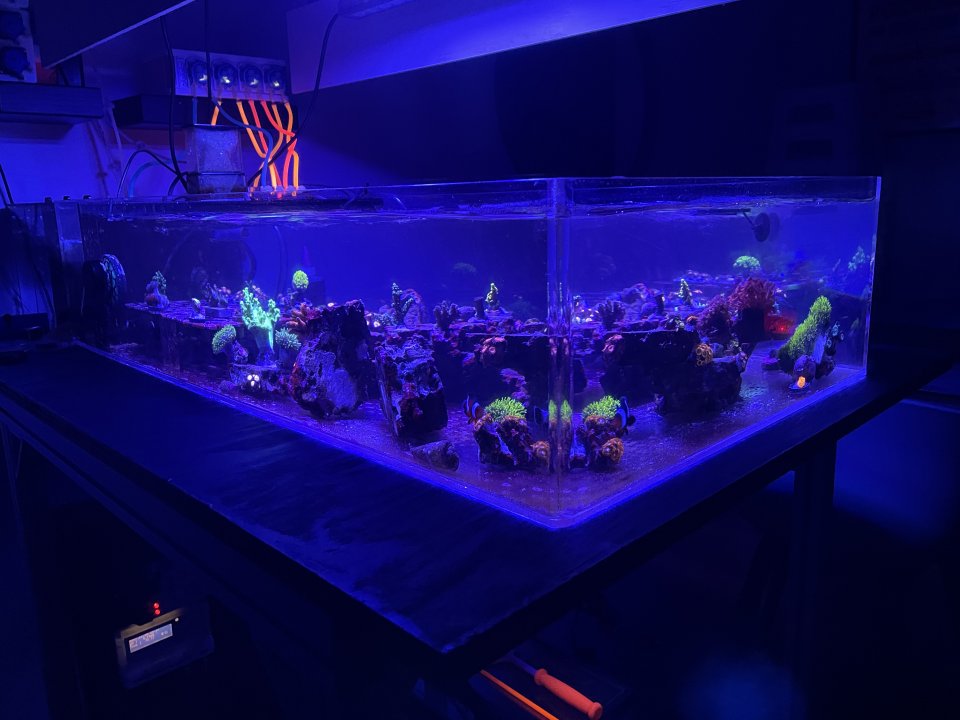 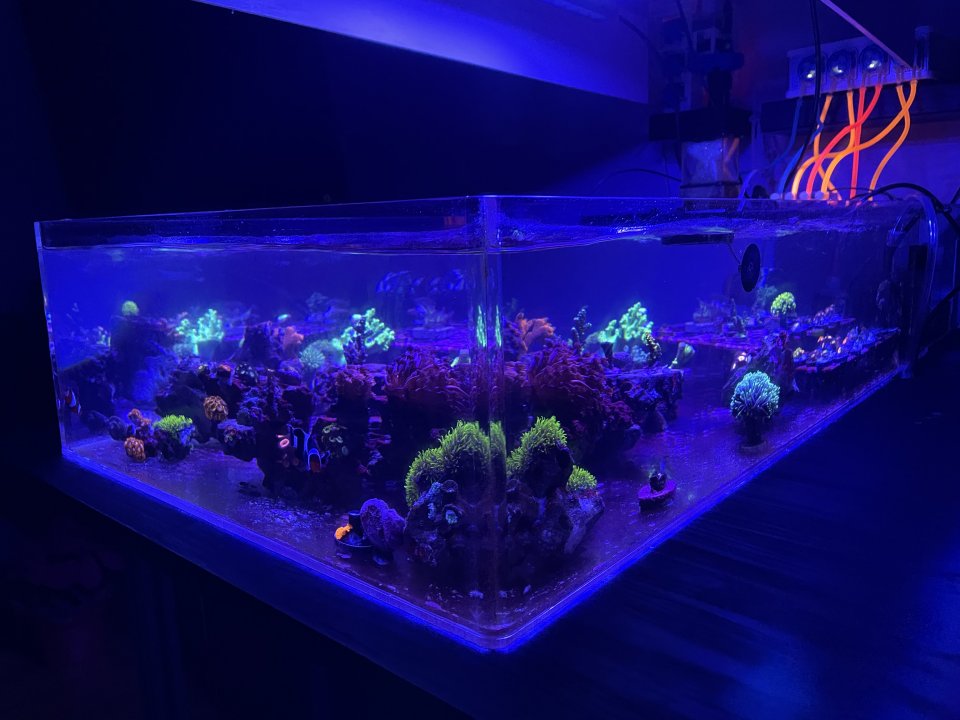 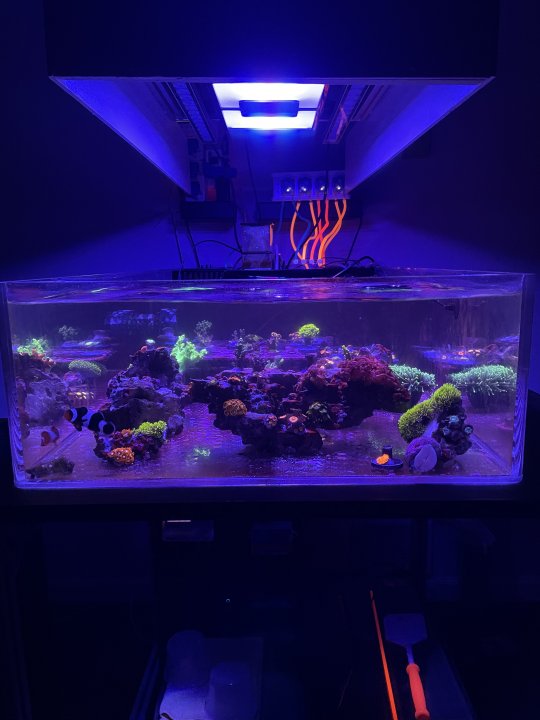 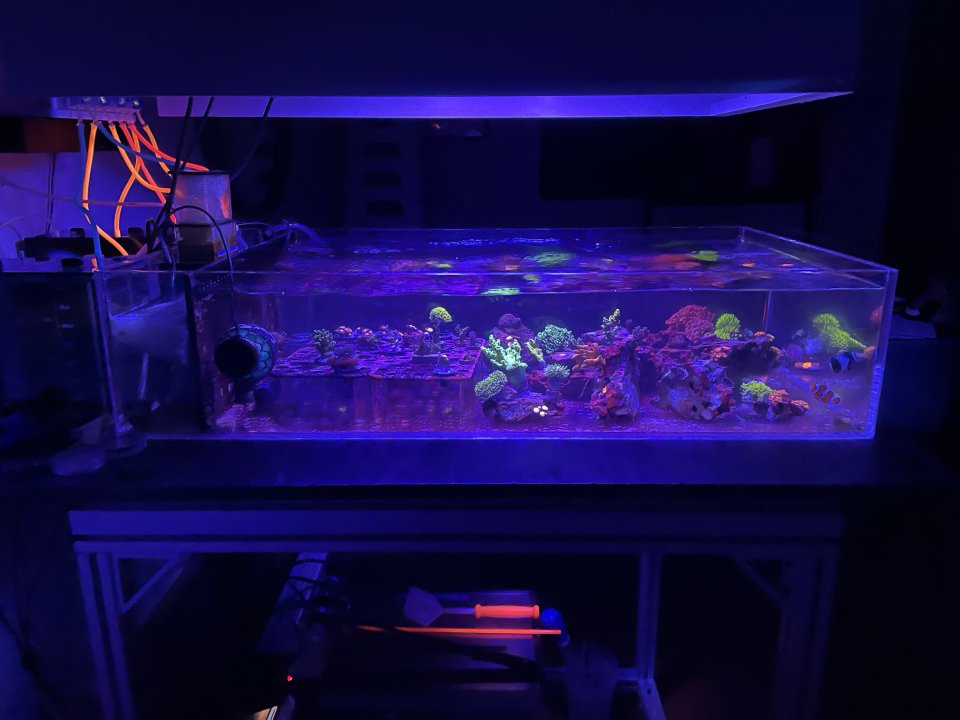 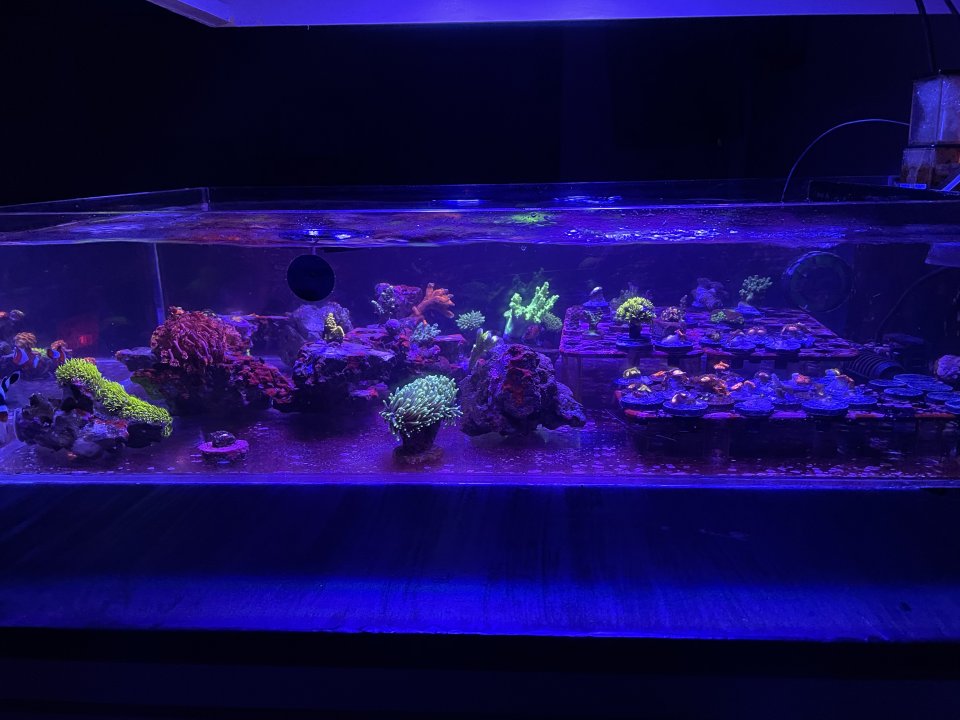 And, the mounted acros 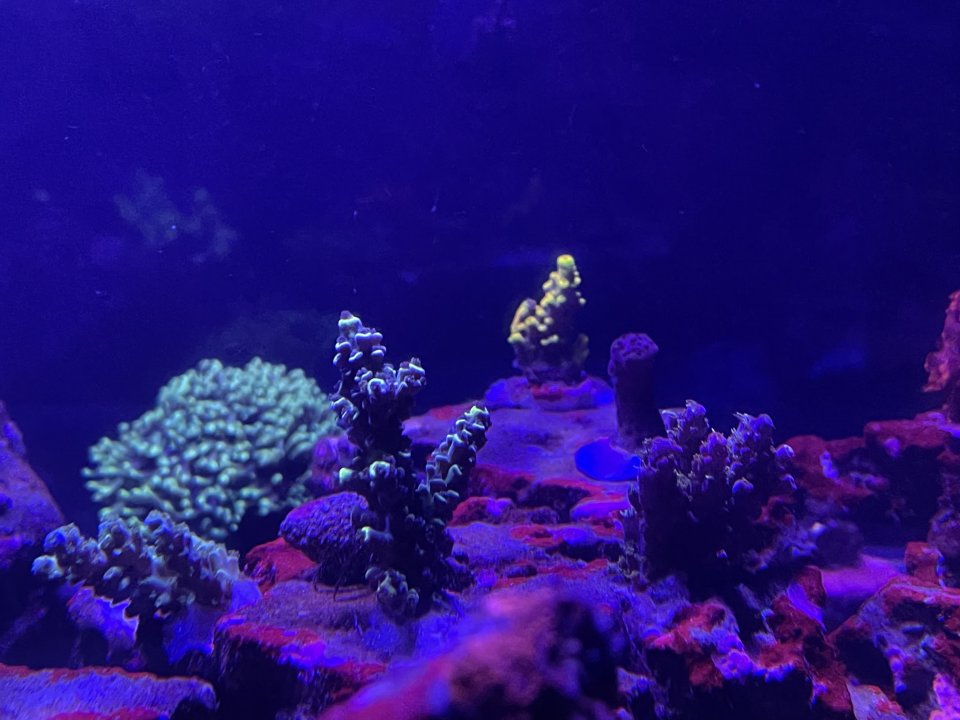 svreef said:
It looks really good! Make me one
Click to expand...

Check out @Gablami ‘s build thread on R2R. They used primed plain trim to build theirs. It’s what inspired my build and seems like a great way to do it with inexpensive materials.

I ended up getting something different solely because the big electric saw for cutting wood materials at Home Depot was out of order the day I went, and I couldn’t fit that trim in my car without getting it cut to size. I put mine together with nails, screws, and some .75”x.75”x36” ‘rods’ of wood to frame. The paint does a great job at covering the mistakes! Like the pieces I cracked when trying nails before switching to screws.

It’s so fun, I think I’ll get a 4th color so they’re all unique.

Very nice polyp extension on those acros. What's that acro in the backgound on the last pic?

bee505 said:
Very nice polyp extension on those acros. What's that acro in the backgound on the last pic?
Click to expand...

RR Wolverine. I haven’t seen many polyps from that one, but it has been slowly growing. It was from @ashburn2k

I increased nitrate dosing to 3mL of the stuff I’m using from ATI that is diluted.
M

I increased nitrate dosing to 3mL of the stuff I’m using from ATI that is diluted.
Click to expand...

What are you doing to get the phosphate down?

Meshmez said:
What are you doing to get the phosphate down?
Click to expand...

I wont feed reef roids again. And I’m going to do a water change tomorrow.

lights aren’t on yet but it looks like the RR Wolverine stn’d at the base last night. I kept pushing off doing the water change, I hope it wasn’t because of the PO4

max_nano said:
lights aren’t on yet but it looks like the RR Wolverine stn’d at the base last night. I kept pushing off doing the water change, I hope it wasn’t because of the PO4
Click to expand...

*RTN. It’s a goner, and it had just started to branch out a bit

Water has been changed. I’ll test later to see what’s going on

nice to see polyps out already! 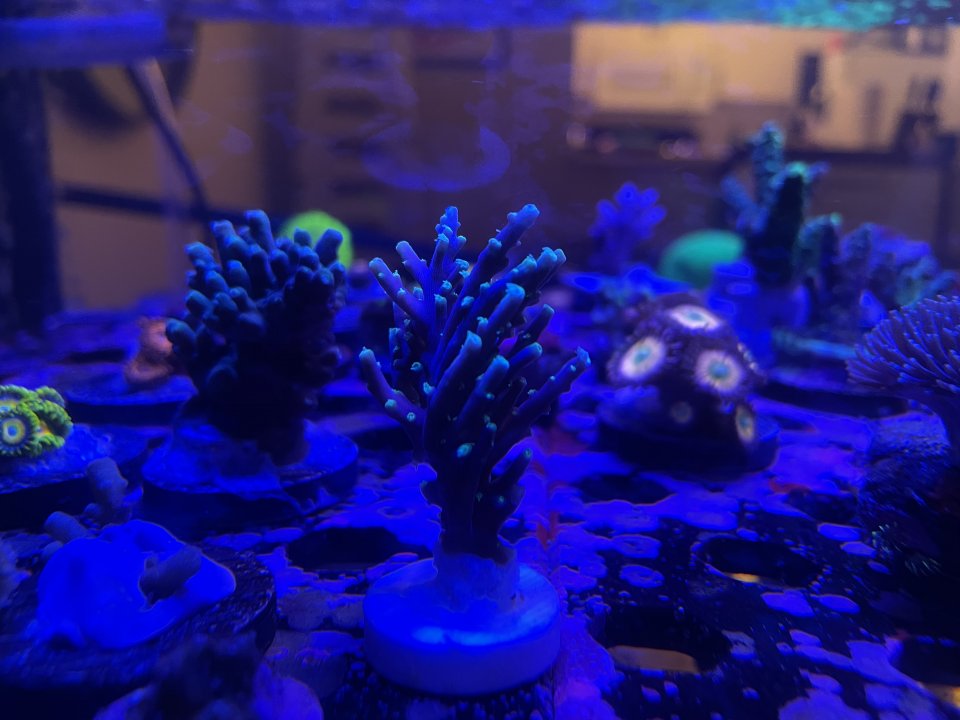 I added another Nero 5. I now have the 2000gph gyre shooting flow across the top water. Then the neros are on opposing sides pulsing at each other.

I had the single Nero 5 running a pulse up to 90-100% power, and it was starting to cause one sided flow. With the addition of the second one I can now modify the schedules so it isn’t always a wave coming from one side.

I have also been trying to reduce the surface area of rock on the bottom of the tank to allow detritus to flow around more. I’ve been tilting rocks on their sides so they don’t sit on their flat sides. I’m seeing a lot less trapped detritus so hopefully it is being sent over the overflow and into my filter pad to be removed.

I’m really happy with the tanks status right now. I’ll get some pics later and add them

here are some pictures I took this evening. 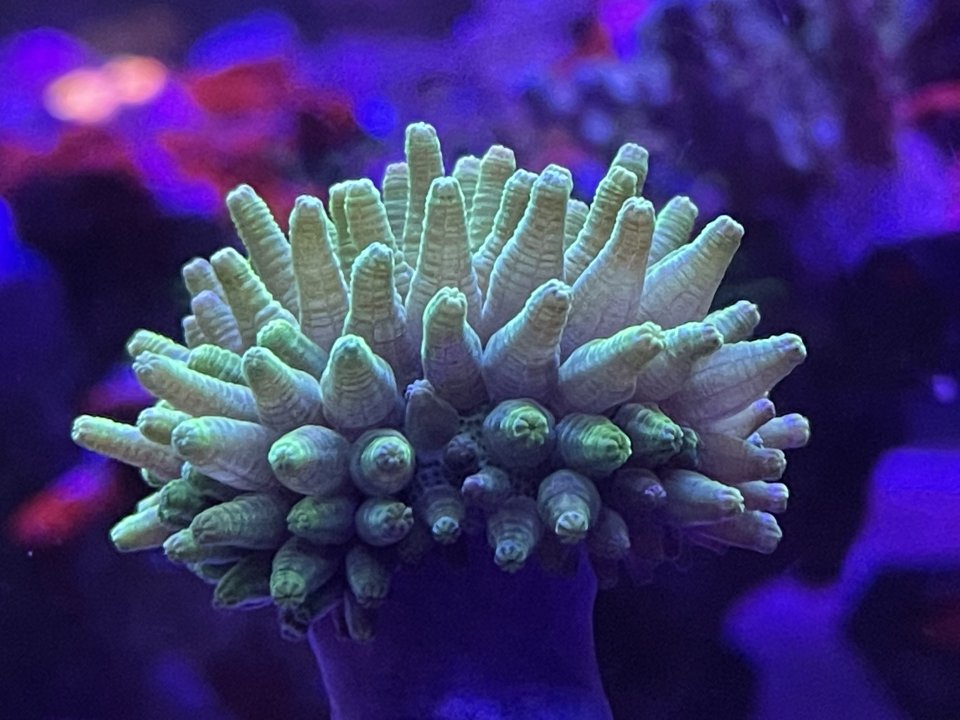 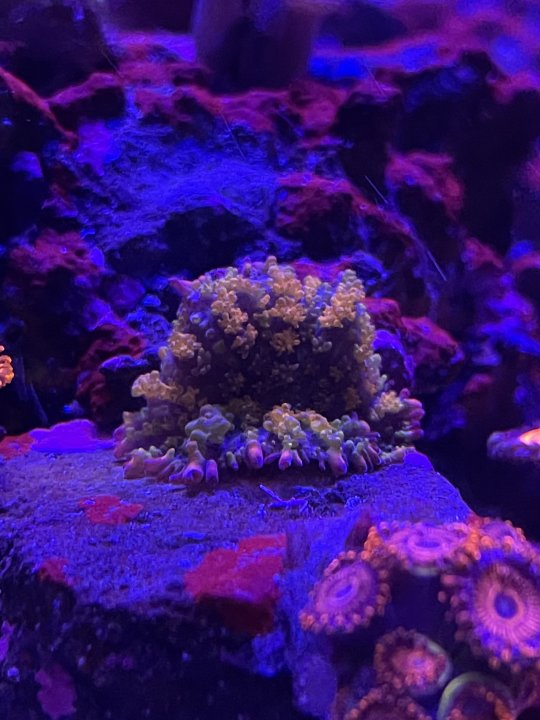 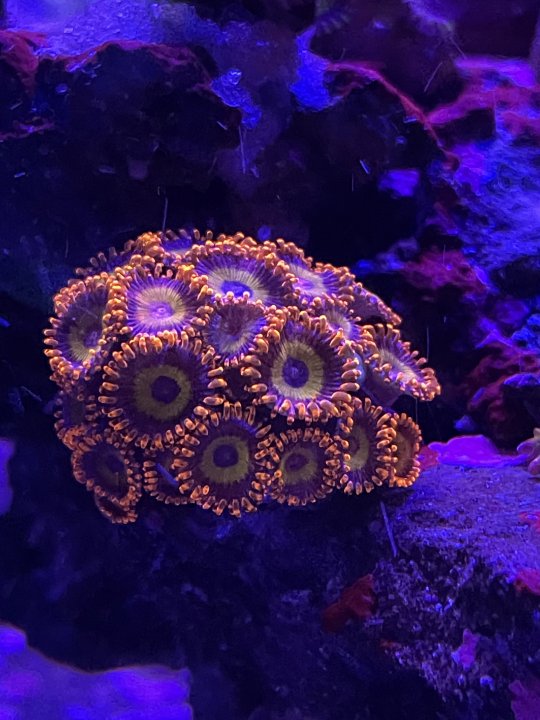 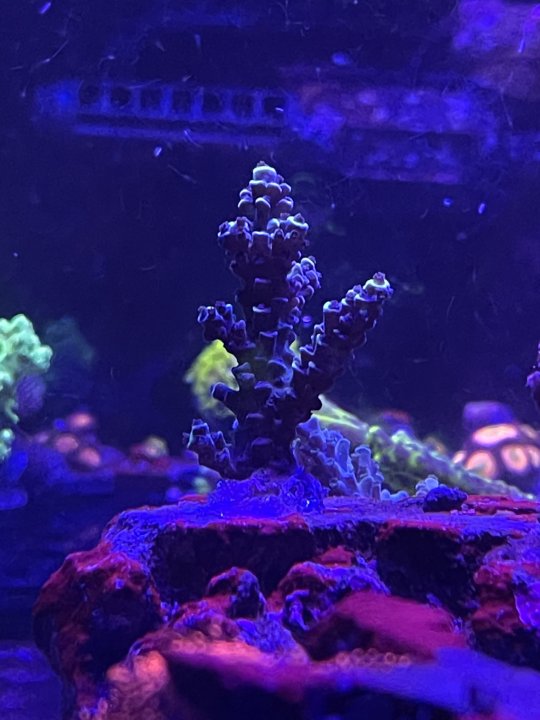 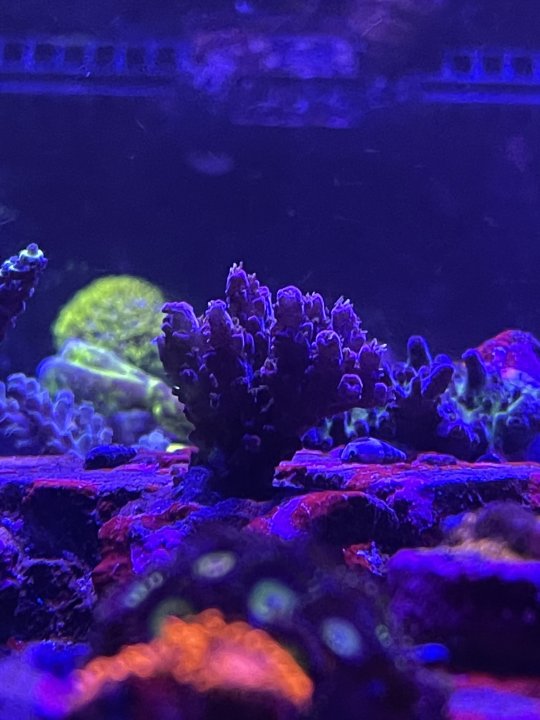 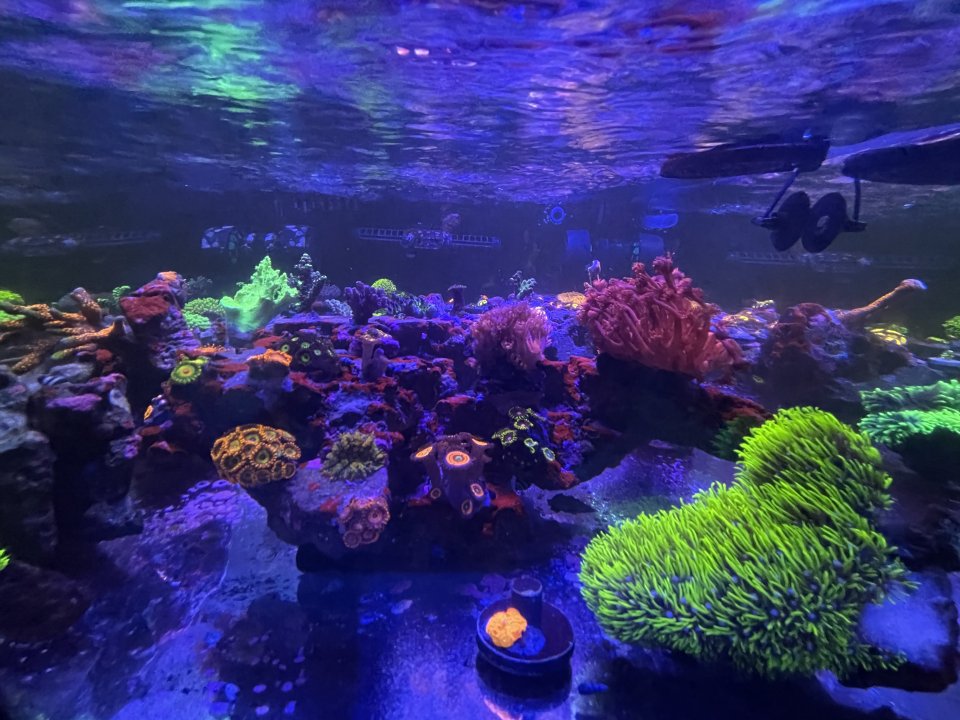