Bob - @tankguy is our reef spotlight #4

Thank you for the spotlight. I will have some info tomorrow morning. Grabbing some frags tonight and need a little time to decompress from the week

I alittle history about myself. I had fresh water tank ever since I can remember. Moved to Las Vegas and I was i in a LFS and one of the workers told me me saltwater was just too hard and I shouldn’t try it. Well I did try it and went with a LeeMar 110. Fun tank and with some success I went with a 125. Then added a 240 and before long I had 7 saltwater tanks. Joined my first club ( Las Vegas Valley Reefers ). Eventually became VP then Pres for a few years. Divorce brought me back to the Bay Area where I learned about BAR in 2011. Met Jim ( gimmito ) and he brought me into the club. Spent some time in the BOD (2 years ). I had a variety of tanks but since we moved a lot nothing serious. When I moved to Hayward I got serious about diving back in. Bought the display tank from Aquatic Collections. The tank is a 225 and originally was bought from a BAR member. Many thanks to AC for giving me a great deal for the whole system and really for the great deals along the way. I’ve made some good friends along the way and for me personally my tanks give me a lot of peace. I enjoy just sitting there and watching the fish enter act with each other. Watching the corals grow and sharing them with others. Tons more to say but don’t want to put you to sleep with my ramblings. I shot some pics last night and will apologize in advance as they are not that great. Again thanks to BAR for the spotlight 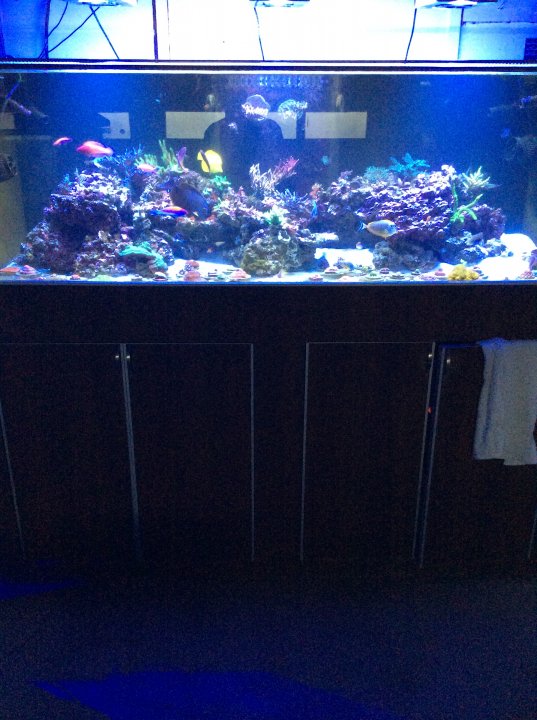 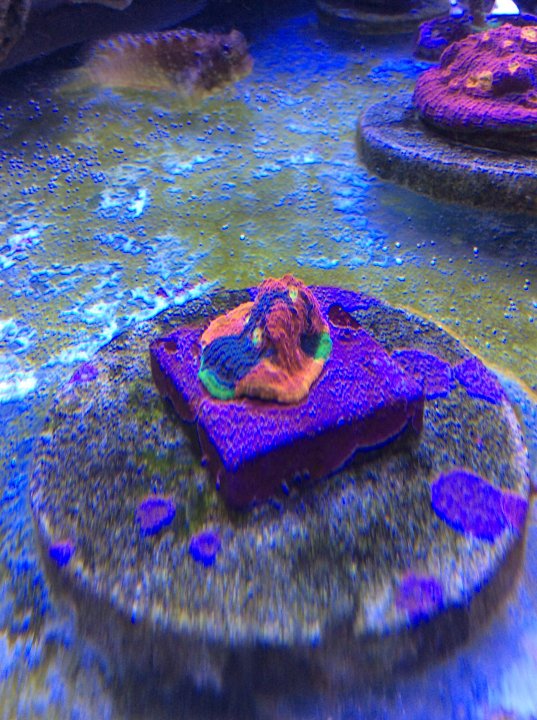 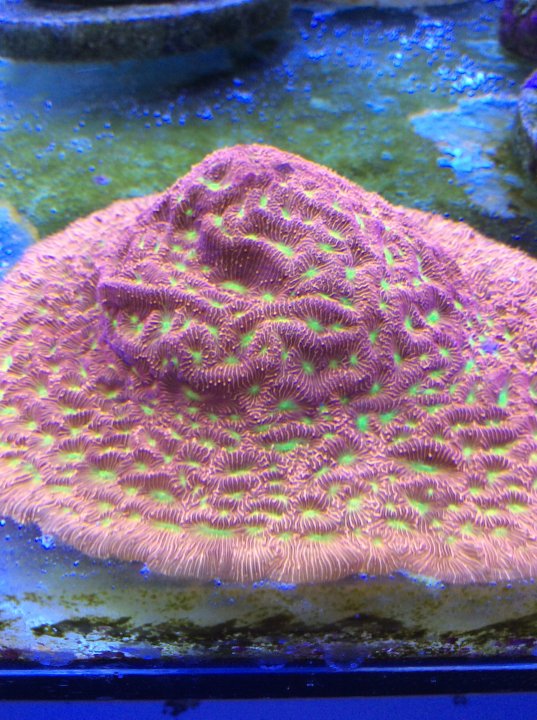 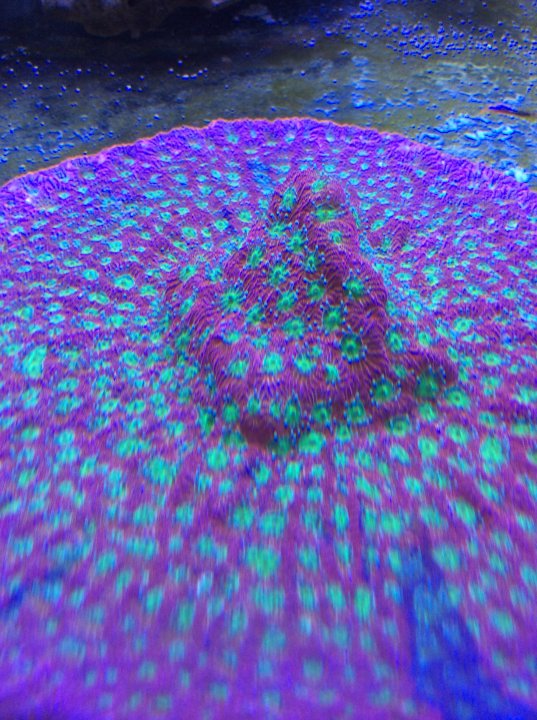 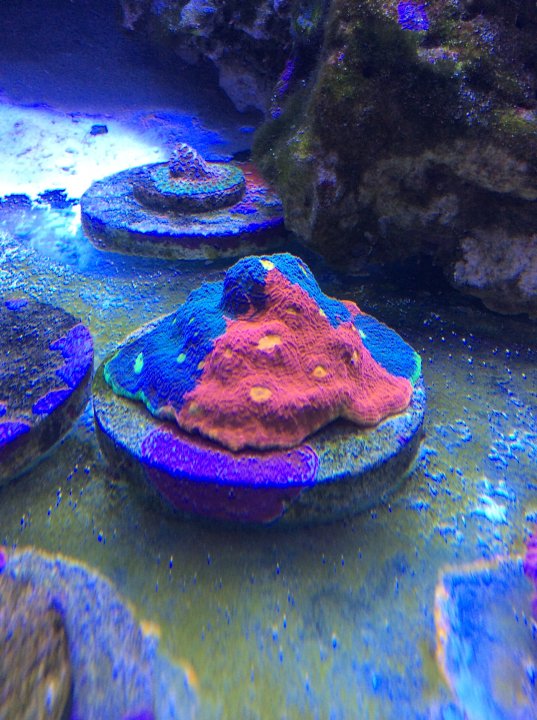 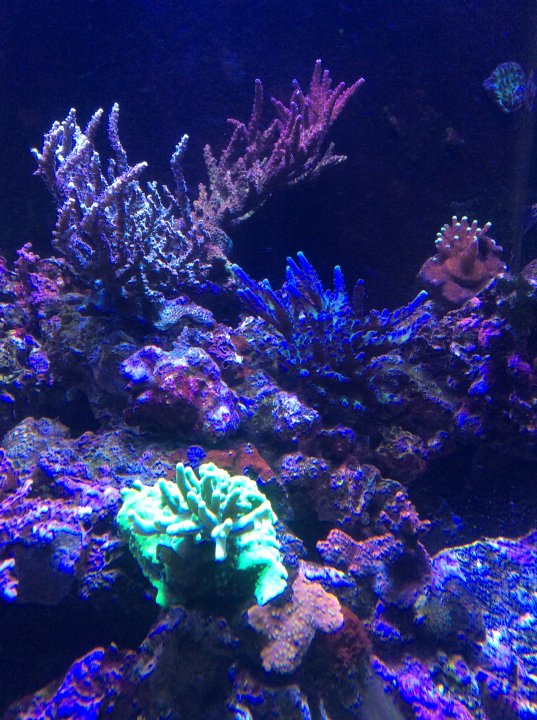 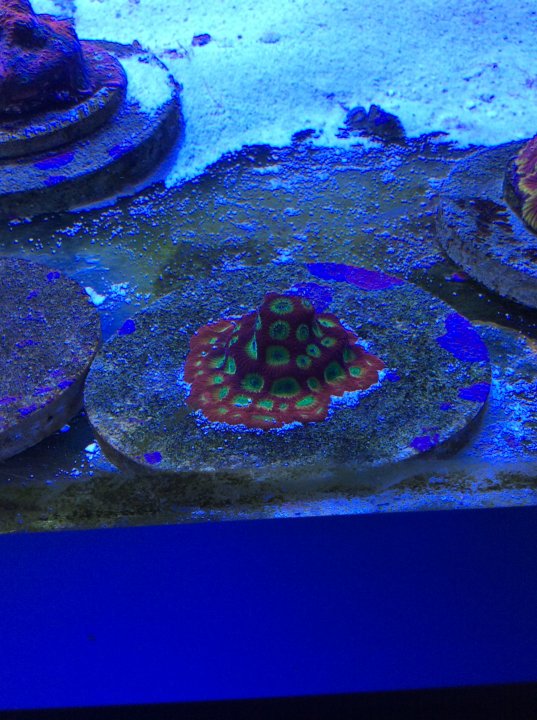 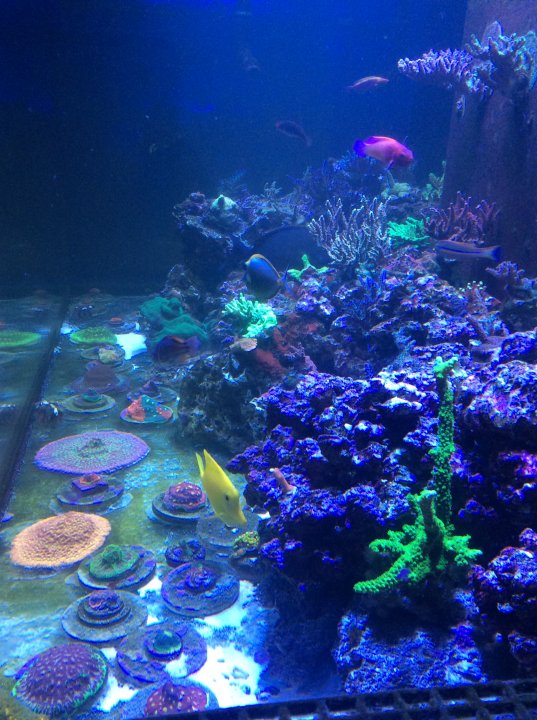 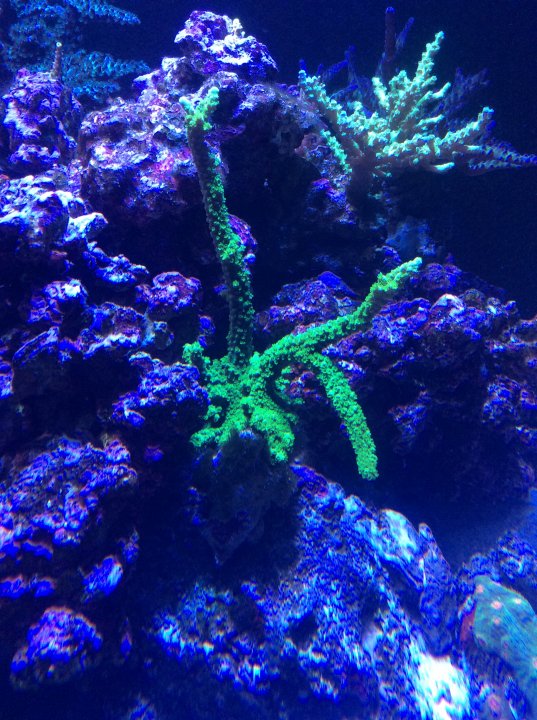 Tank is looking sweet Bob! Things are really starting to fill in since I last saw it. Another great tank spotlight this month.

Spent all of today redoing the rock work due to aptasia war. Pretty sure I got them all . Reduced the amount of rock and opened it up a bit more