Tanks journal
Well,
It’s about time I got around to starting this tank journal. I had been out of the hobby for over 15 years and decided to get back into it last year. End of May 2019 I went to AC in Hayward and ended up buying a Red Sea 260E. I was thinking of the 250 but my wife convinced me to go with the all in one set up. I am still debating purchasing the sump, but for now I have gone with the stock tank. I never liked bare bottom tanks so I laid some egg grate down and then added sand along with some dry rock I purchased at AC. My wife helped me set up the tank and aquascape and we were both pleased how it came out. 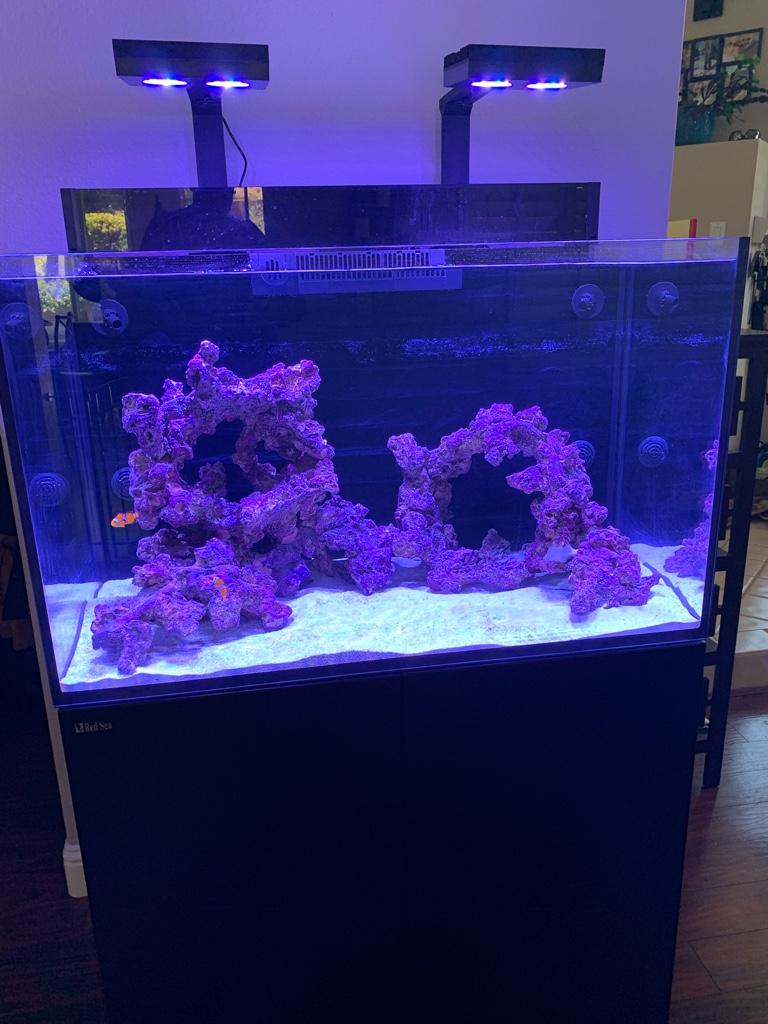 Getting started we went with a pair of baby clowns. Later on we added a flasher wrasse, Fiji damsel, and a royal grama. I was given several corals and two anemones from fellow Reefers to start. 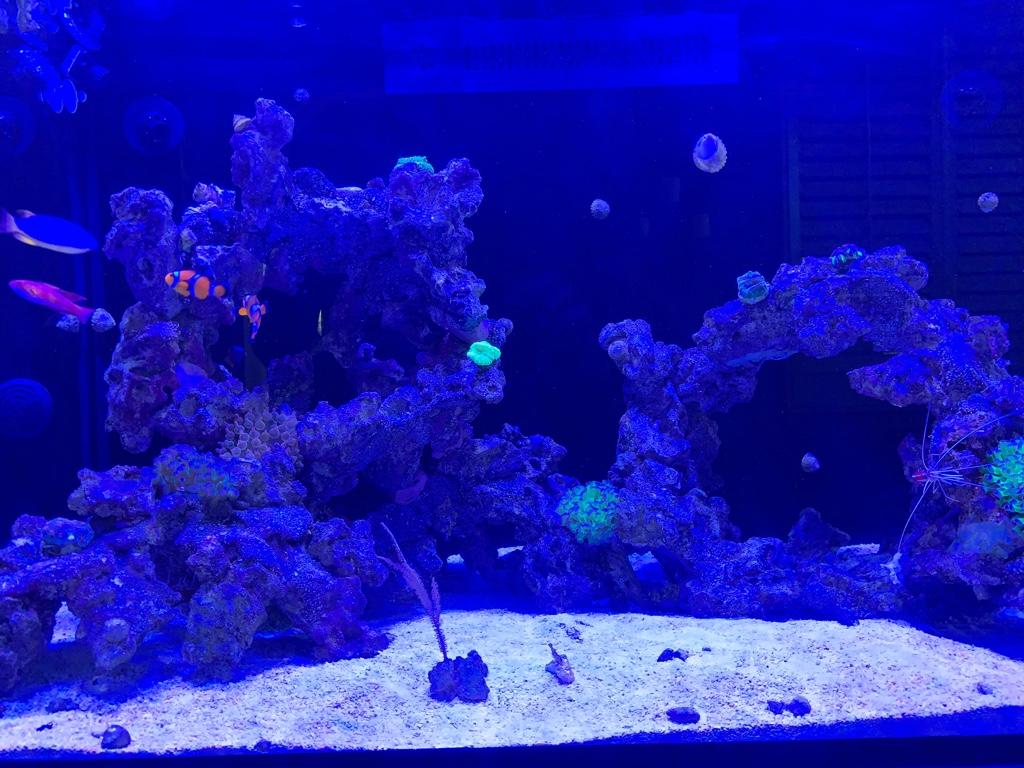 Initially everything was going well. Added some small frags from Aquarium Depot. And got a few freebies to try out. I also picked up a few frags from Rostato.

About 4 months in I a ran into a Dino outbreak. This was bad. I lost some corals and others looked like they weren’t going to make it. I tried various remedies short of going nuclear and restarting or risk using DinoX. I lost my flasher wrasse around this time. I finally decided to go “dirty”. I stopped skimming, let the phos and nítrates climb, and did minimal water changes. This had almost no effect. Finally decided to add some Garf Grunge. This was a long shot but it was either this or chemical methods and I wasn’t ready to go there yet. Within a week the dinos started to disappear and after two weeks they were no longer visible. I can’t say gone because I know they are likely lurking but it’s been almost 6 months and no sign. 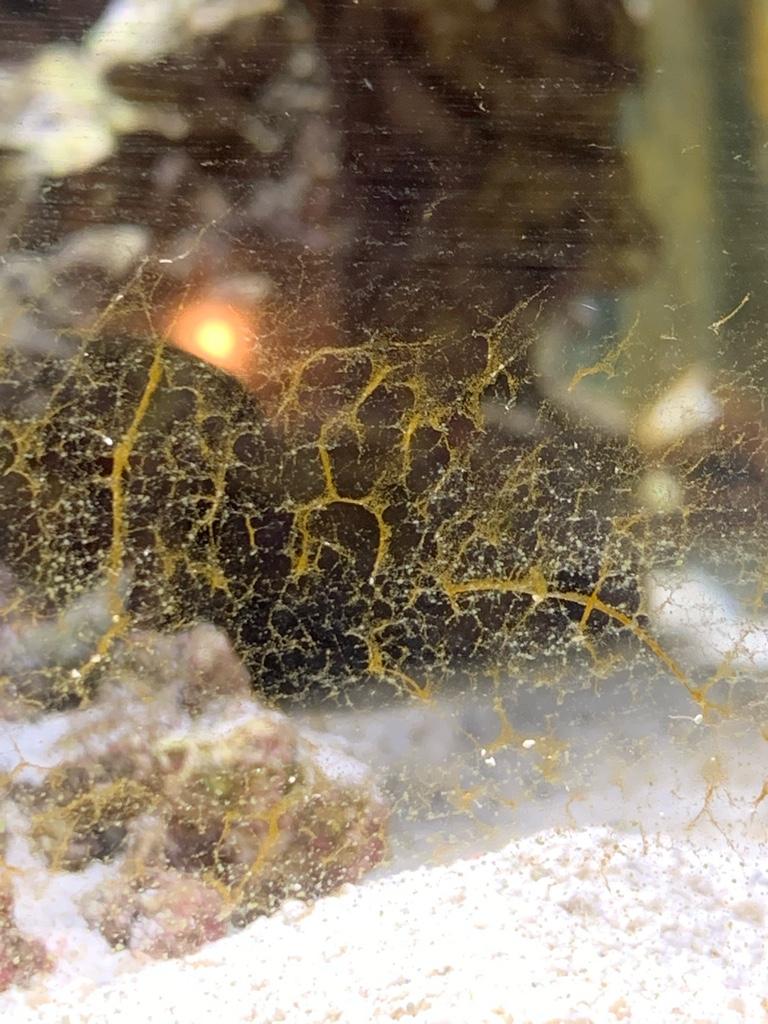 The corals I had started to recover. Once I felt certain the dinos would not come back I decided to slowly add more corals. 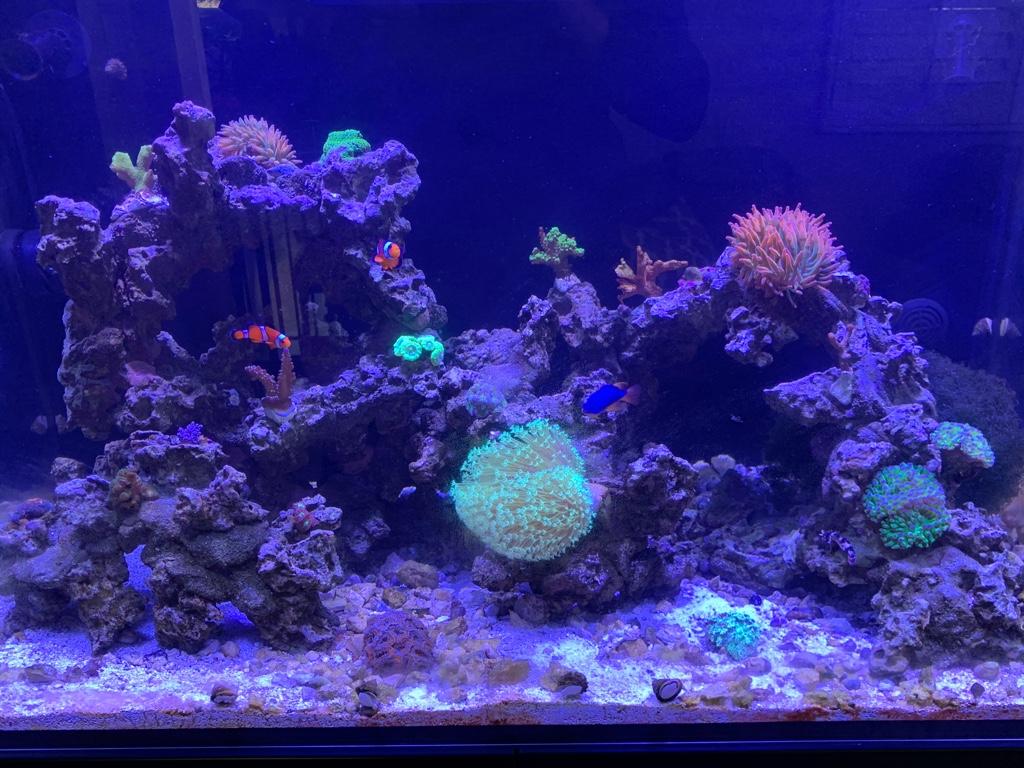 Since then things have been doing well. I don’t have the growth others reported but overall I am happy with the tank. I have been adding some corals a few at a time. I am color blind and yet somehow ended up with too much green. Oh well, told the wife she needs to pick stuff out next time. 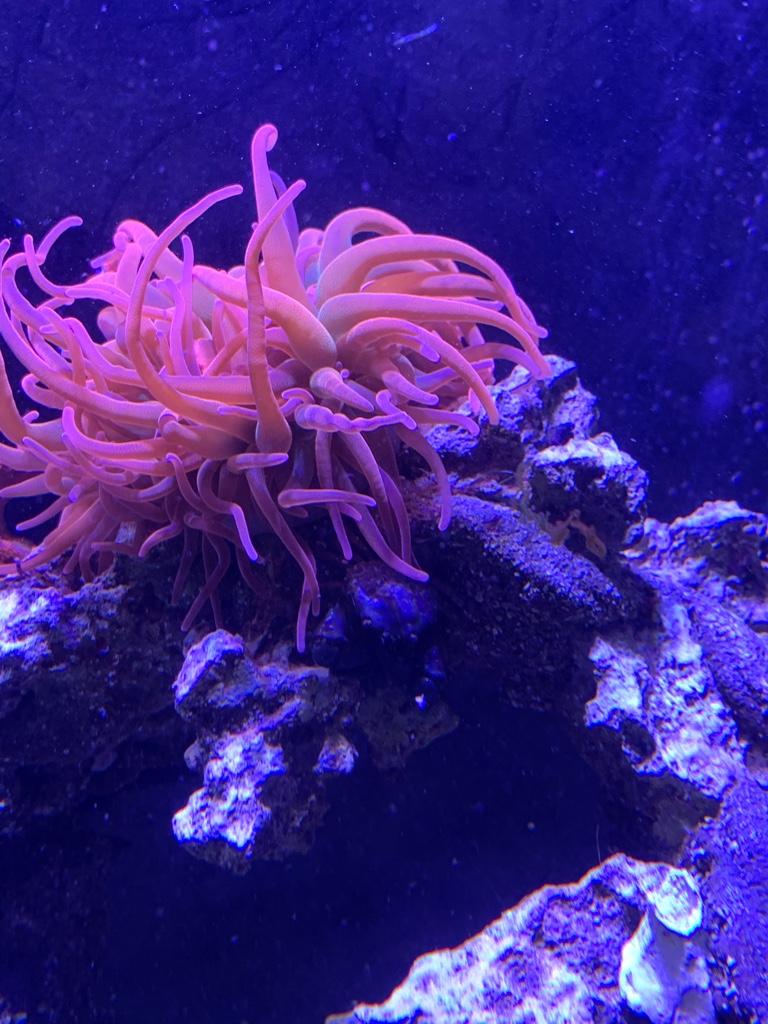 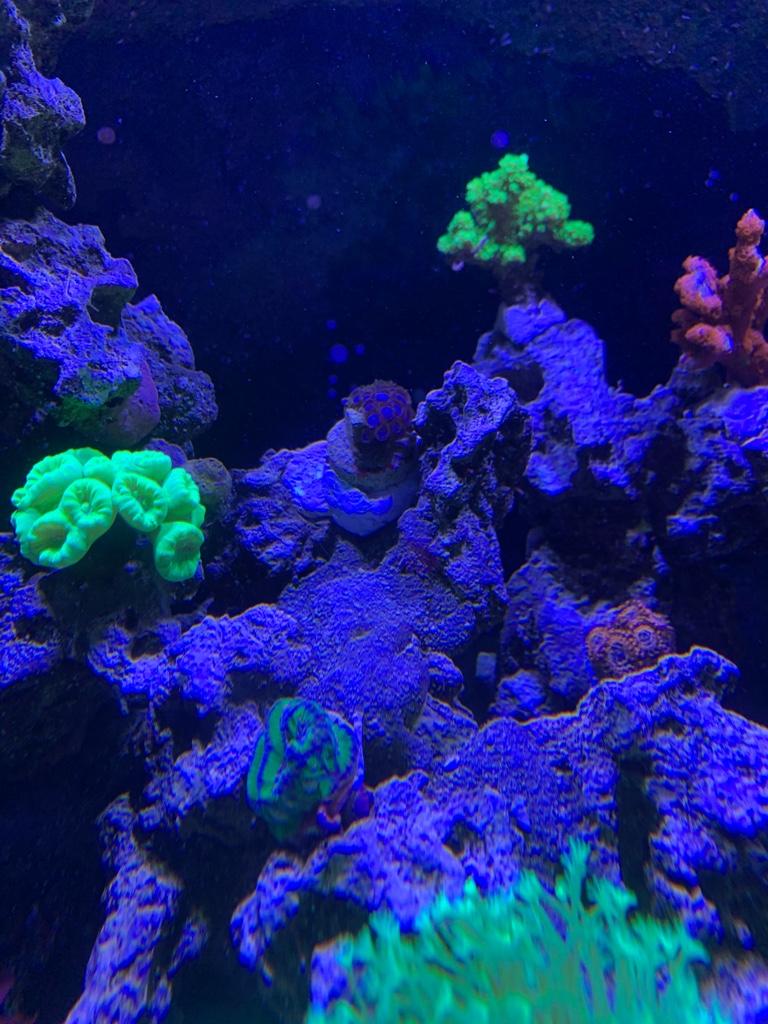 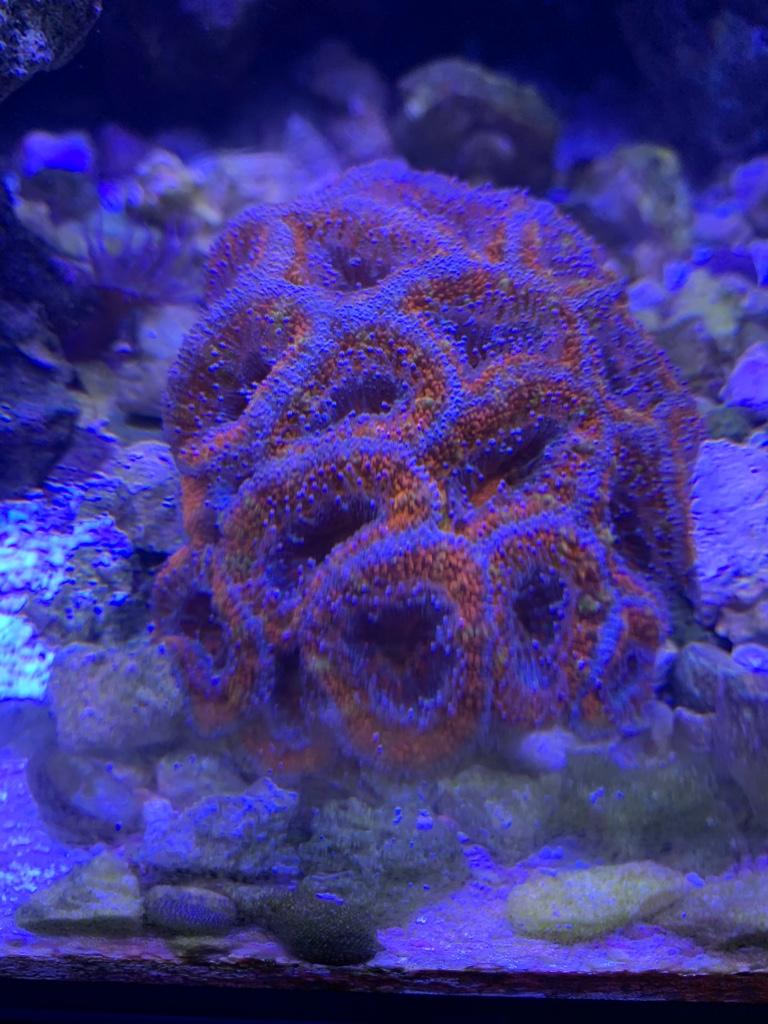 For now things are going well. I will keep updating this journal with the highs and lows. Enjoy the pics and feel free to offer any advice.

Those acans looks like they are getting the rainbow shades now. Good job!

I got the acan for free from Tu. He said it wan'tt doing well in his tank. It’s been very happy in mine along with the one I picked up from you.

Need to clean the glass and then post more recent pics.

Here are a few more: 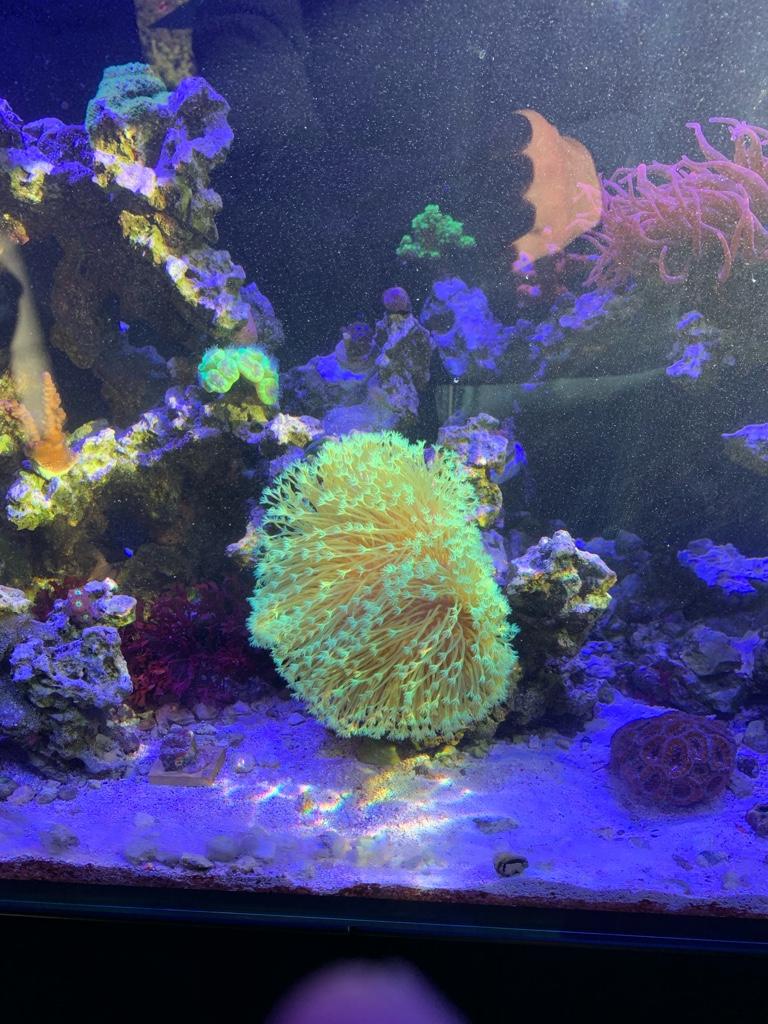 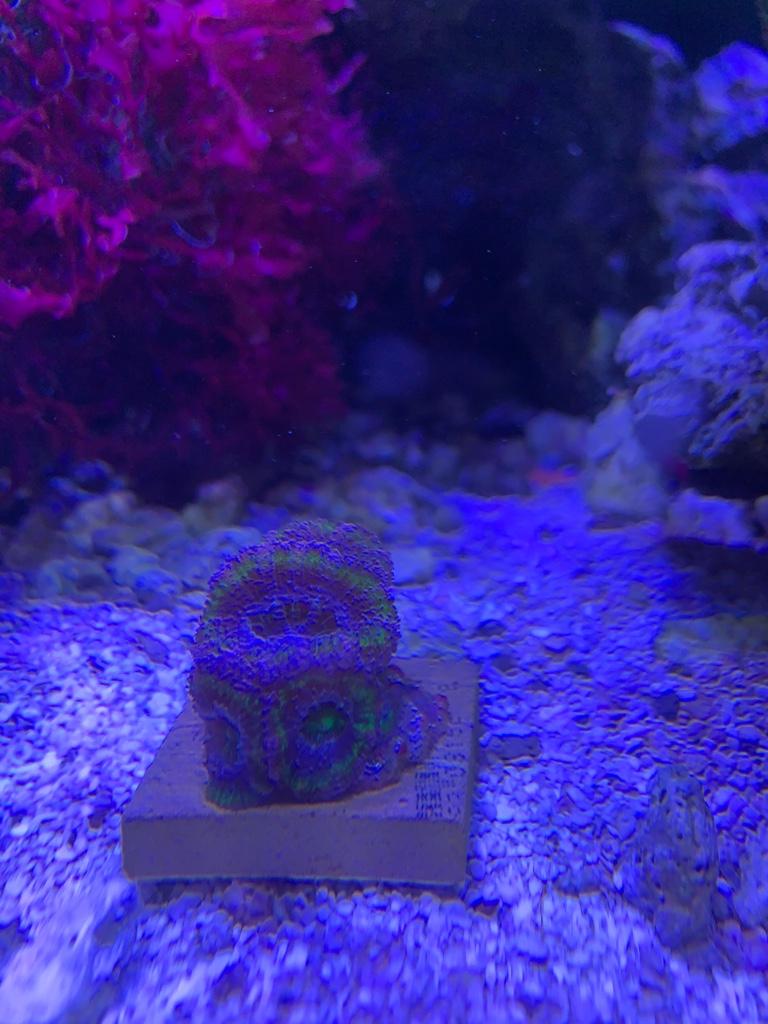 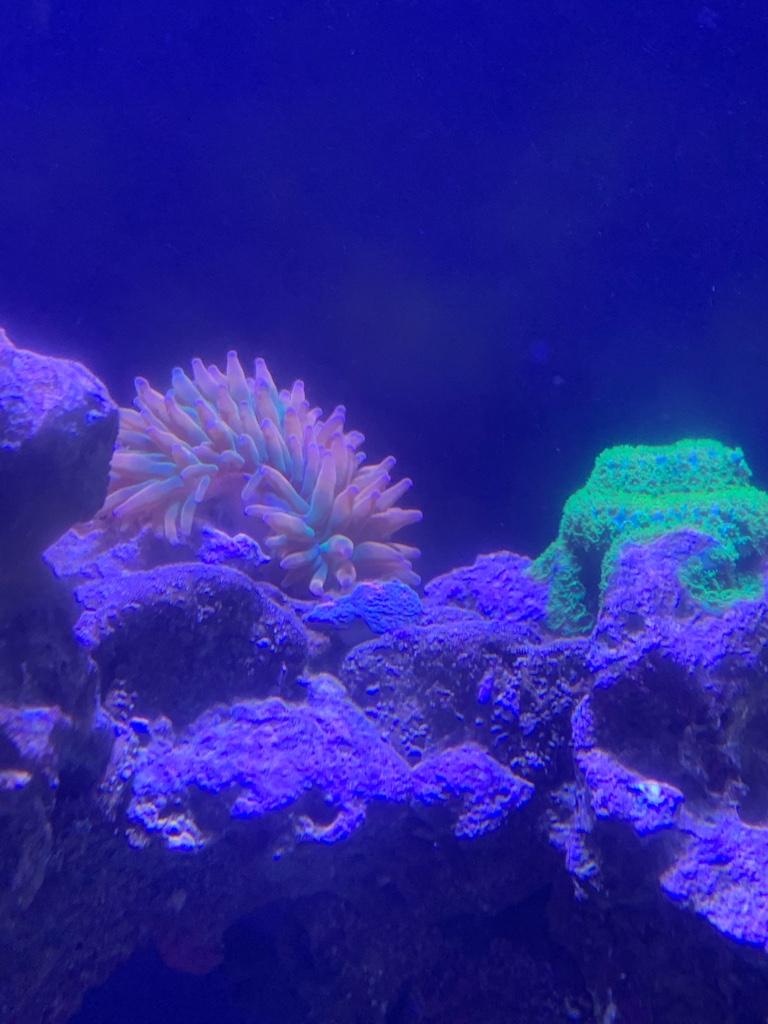 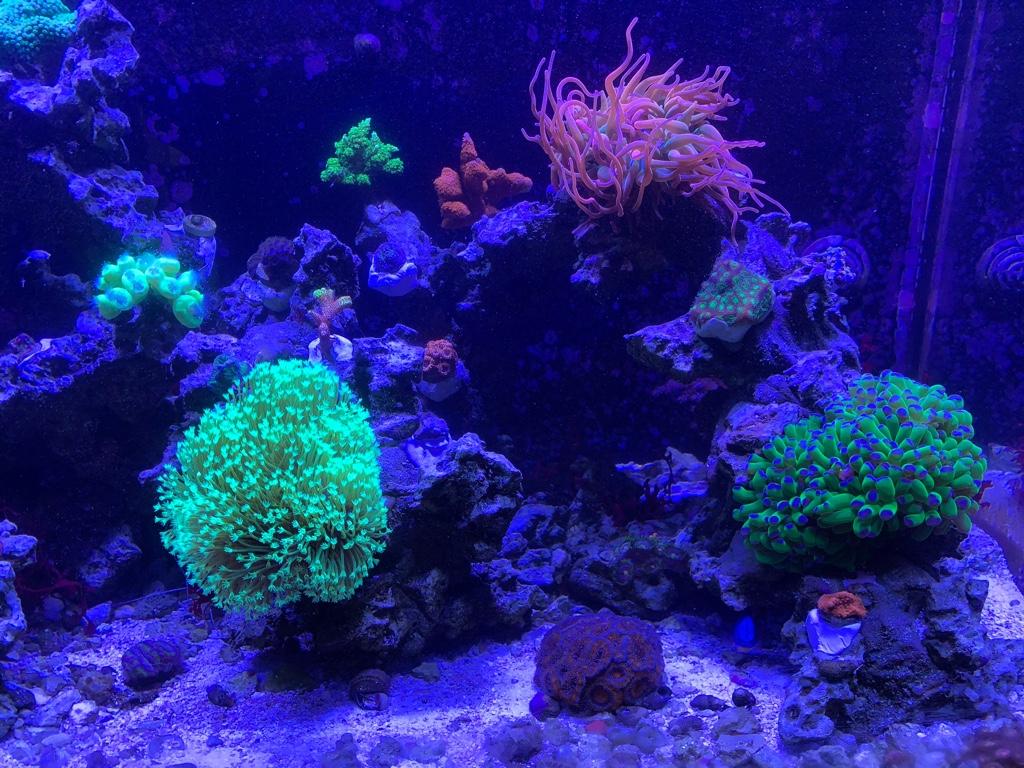 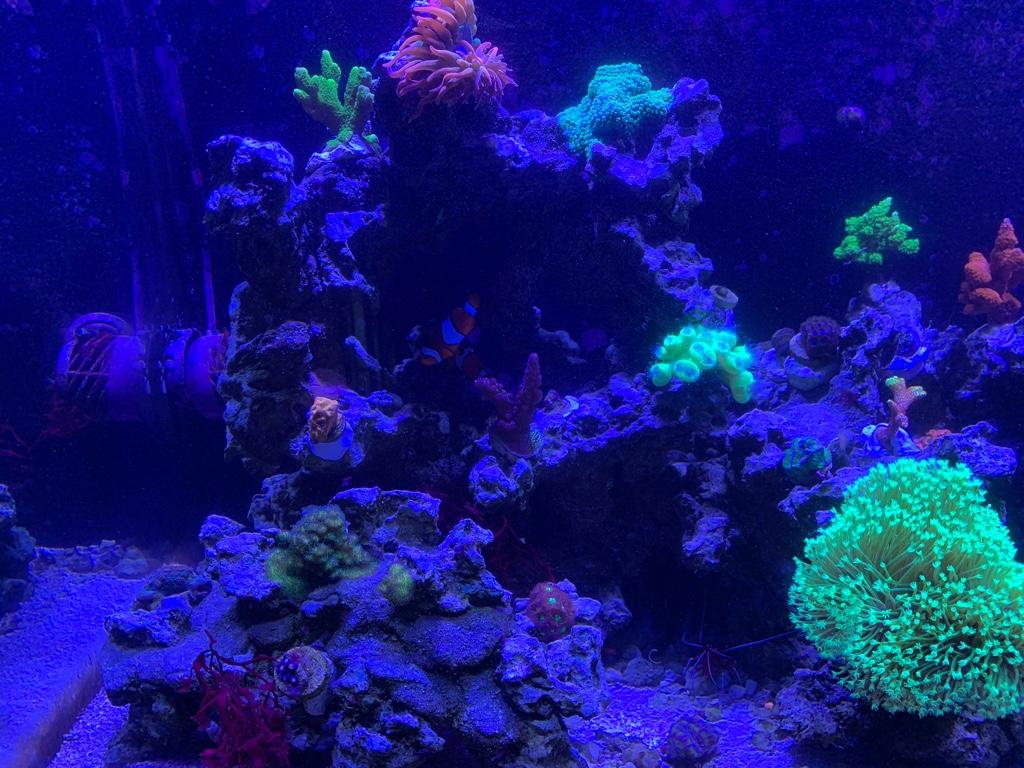 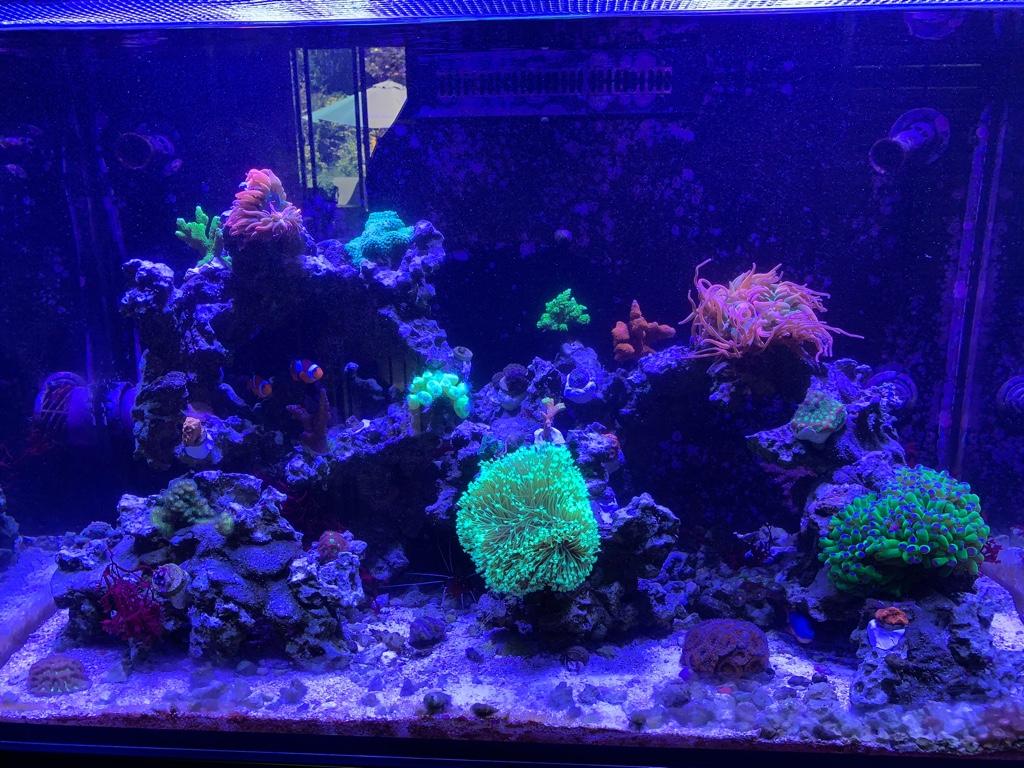 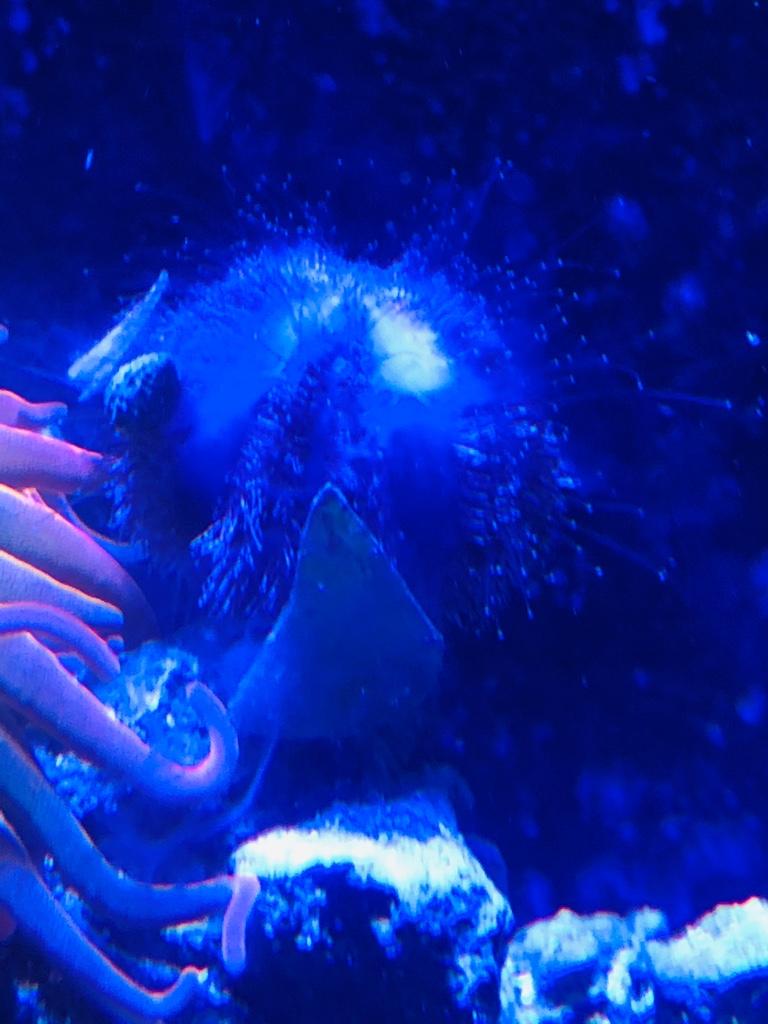 Looking good @gmdcdvm Gerry! I believe the sump is the same as the regular Reefer 250 sump. I know someone that was selling his sump and plumbing which I think is compatible. I’ll ask to see if he still has them.

Let me know. Definitely interested in the sump.
G
I

Cooooool. Love the toadstool and I didn't know urchins could spawn in your tank!

I did t know either until today. I have a video but can’t post it directly on tapatalk.
G

gmdcdvm said:
I did t know either until today. I have a video but can’t post it directly on tapatalk.
G
Click to expand...

Here is a quick video: