Arvin R said:
The biggest concern is the siphon tube getting blocked by a snail or something else and then your siphon breaks. I have made my lid of my tank so that nothing from the DT can get into the weir box unless it can fit through the weirs.

But if your tank can hold the excess amount of water from your return chamber and you sump can hold all the water than siphons down from flow being off then I don't really see any issue.

Getting the return pump water level consistent is the only hurdle in your specific setup and once that is solved then you should have a smooth/safe running HOB overflow setup.

I am going to add one more safety to mine in addition to my low water level cutoff switch for the return chamber. I will add a high level safety switch to shut off the pump if the water level in my external overflow box gets too high. For my specific setup that should cover all possible flooding situations. My 1in gate valve has to be closed down pretty far (wish I went with a 3/4in drain line) so clogging/reduced flow can happen over time pretty easily I presume which would cause the water level in the external side of the HOB to rise.
Click to expand...

I do have an in tank backup float to ensure if my tank level gets too high my ATO disables, but having one for the pump is a good idea too. I have the floats available, and my pump is on a smart outlet I can control from my reef pi, so I might as well do that. Doing it also in the hob overflow compartment by daisy chaining two floats together should be pretty easy too.
R

Vincerama2 said:
If algae or a snail blocks part of the return line, then you can overpower the drain with the return pump. In your case, not a problem. Like I said I had mine on a 10g tank which has almost no margin for error!

Thanks for the clarification. I assumed my case was safer than others, but so many people bring up the flood risk I've been very confused that maybe I'm missing something.
R

BARcard
Ooof, well this is embarrassing... I think I found my issue. I think my u-tube hasn't been locked in place. I think it sometimes moves slightly, which then leads to the bottom of the tube getting closer/further from the bottom of the in-tank overflow box. That then leads to a bit of resistance to the water flow, which leads to the hang on back reservoir's water level rising a bit or lowering a bit.

Last night I fixed this by using some double sided tape to make sure it doesn't move, and since then it's been super stable.

Hopefully it continues, but that was silly.

I've also realized I have it setup slightly wrong. I have the acrylic overhang sitting inside the box versus in front of it. So the setup should be (awful ascii art):


Code:
Which is likely why the u-tube can move.

BARcard
Hey glad you figured it out! And it will be a good reference for people in the future when they search for overflows to trouble shoot with!

BARcard
A day later, smoothest run of this thing so far. Hopefully figured it out.

Also fwiw this thing is setup dead silent. Part of the reason is this Maggie muffler I installed that I got from when I emptied out @bondolo's garage.


Maggie Muffler - Most innovative Aquarium Silencer Ever Made 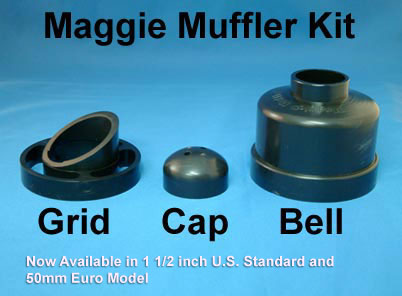