More fun with pictures. Today I noticed that I finally have a decent collonista snail population going. They're all about this size, so they have some growing to do.

Staff member
If you want baby trochus I’ve got some for you.
J

Breeding in your tank?

I finally decided that manually knocking off the bryopsis is going to drive me nuts, so some flucon is on the way. In the meantime I'd like to start a DBTC with the zoa back in post #20. First however I need to get an ID on it. I know what it was sold to me as and I also know the person who did so came up with the name by searching the internet, not by lineage. I have a couple names that seem more likely than others, but I'll wait to see what others come up with first. The orange and green glow very nicely in person. The mouth is white, and the brown lashes often curl like a corkscrew. They're doing so in post #20, but not as much here as the zoa didn't really want to open up after being taken out of the tank for pictures.
No editing to these pictures, but it's pretty clear which ones are taken under a blue reef flashlight and which ones were taken under a neutral white ring light. 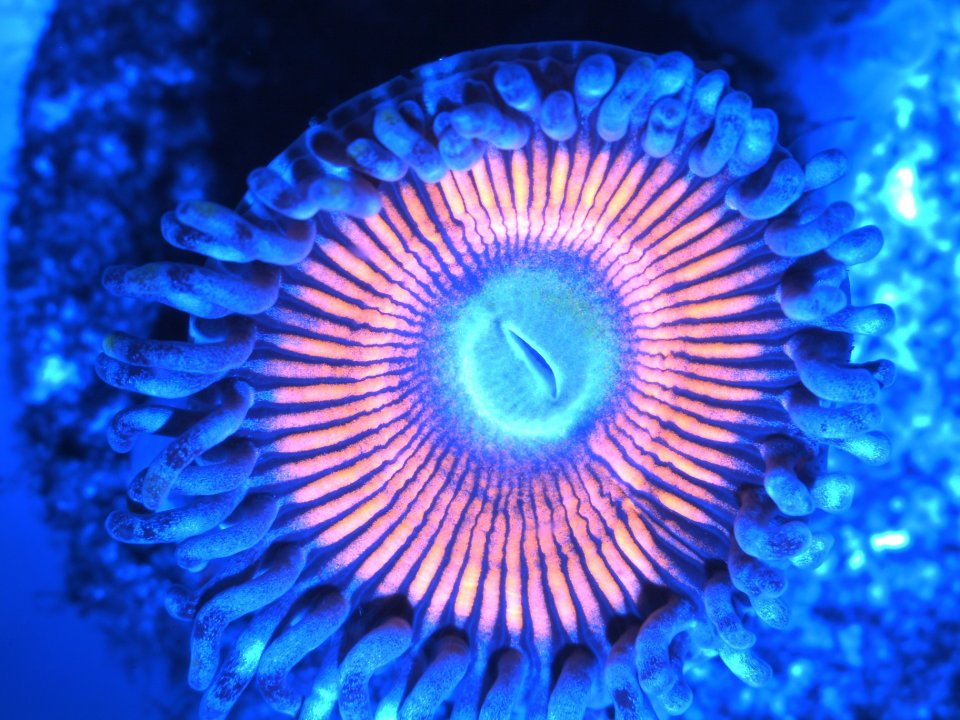 Too dark, but we took this while we were waiting for the zoa to open and I thought it was cool looking: 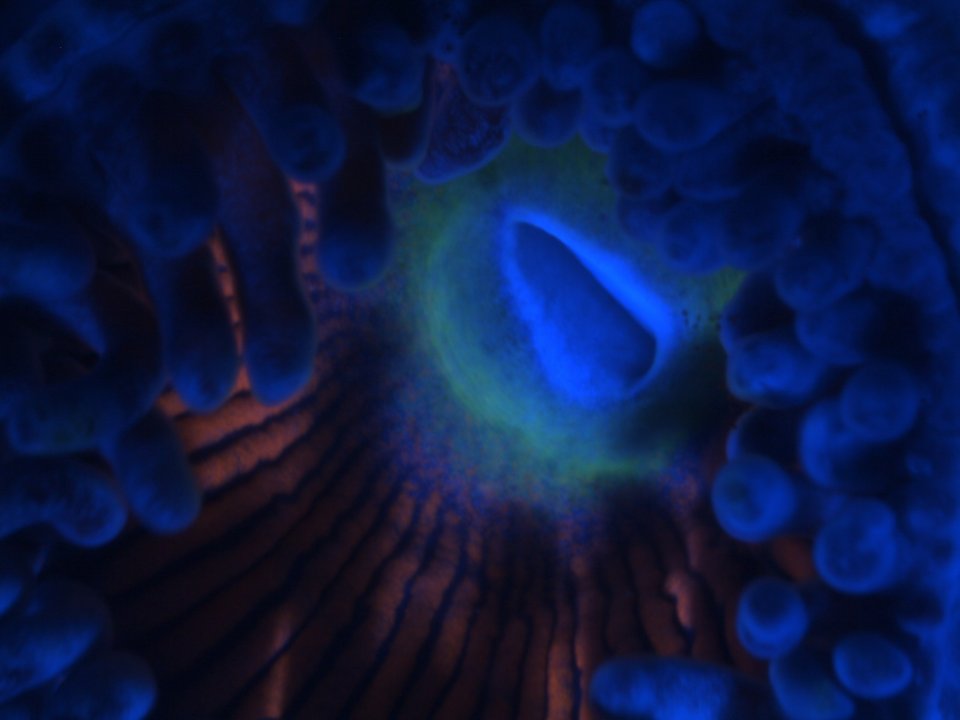 While there, I noticed this feather duster on the side of the plug. It shot out a couple brown football looking things while we were watching it, although I didn't capture those: 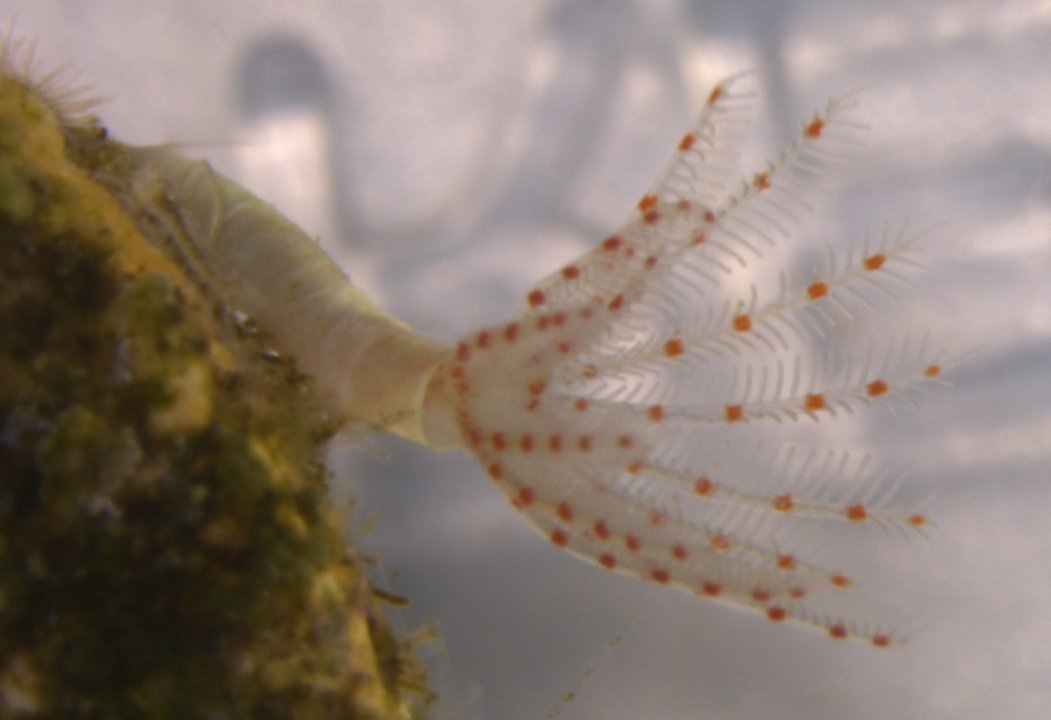